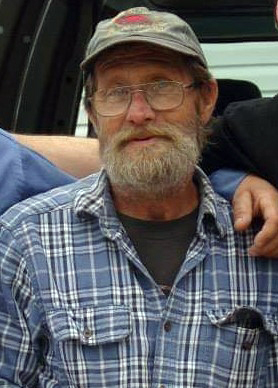 Richard (Rick) Cash Jr. passed away peacefully on Feb. 25, 2020 at the Sussman House due to complications of Lymphoma.

Rick was born on July 16, 1956 in Rockland, the first child in a large family of six kids. The family moved around a bit during the early years, including the states of Hawaii and Florida. The majority of Rick’s early years were spent in Rockland where the family home was the hot spot. With a father who was a musician, and the Cash Clan having six kids within 10 years of each other, you never knew who was going to show up and when or how long they were going to stay! The house in the South End of Rockland was a hangout for most of the neighborhood kids, where a pool table in the living room was a big attraction.

Rick spent many of his childhood summers on Vinalhaven attending a boy’s camp. Hiking, boating, and swimming buck-naked in the quarry is just a small list of the things that Rick loved to do at camp. Those early summers were what helped to build his sense of adventure and established some life-long connections to the island.

Rick graduated from Rockland District High School in the Class of 1974. After graduation, his sense of adventure called him to join the Army in May of 1976. Rick graduated top of his class as a Mobile Radar Operator and was then stationed in Germany. Rick enjoyed a few beers while in Germany and attended the original “Octoberfest.” Rick was honorably discharged from the Army as a Sergeant and returned home to his family in May of 1979.

Rick was fortunate to be step-dad to three young children from his ex-wife Annette Prentice. They lived in New Harbor for many years, and Rick loved them as if they were his own. Rick’s kids and their spouses, and the grandkids that came along after were his pride and joy. Most conversations with Rick included him talking about his family and what they were doing and how proud he was of them. You didn’t have to be related by blood to be part of his family.

Rick was always a worker, and held a lot of different jobs, including Lincoln Canoe, Crowe Rope, Masters Machine, and finally retiring last year from Friendship Trap. In between all those jobs, Rick did odd jobs to make ends meet, including being a carpenter, handy-man, gardener, and whatever else needed to be done.

Rick lived his life the way he wanted. He loved to drink a cold Bud, shoot a few games of pool on the original family pool table, and he loved telling stories (you always knew they were coming). But above all of these things, he loved his family! Rest easy ol’ man!

There will be a celebration of life for Rick on Saturday, March 28 from 12 – 4 p.m. at the Warren Odd Fellows Hall, 37 Camden Road, Warren. There will be a potluck lunch, a time to share some memories, give a toast to Rick, and listen to some tunes. More information will be posted on Facebook. Contact a family member to be added to the event.