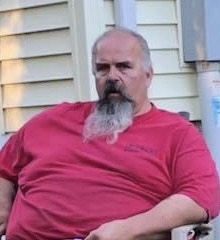 Born in Rockville, Conn. on Dec. 20, 1958, he was the son of the late Leonard and Rolande (Depray) Voisine. Ricky had a long career as a construction truck driver, working for Kement and Son, later at AFS Construction for over 20 years, and most recently for Pierce Builders. Outside of work he enjoyed fishing and woodworking. Ricky especially enjoyed spending time with his grandchildren. He took great care of the truck he drove which he and his wife would wash together. Ricky was also a lover of animals and had both canine and feline companions over the years.

In addition to his wife Bertha, Ricky leaves behind his beloved daughters, Kimberly Voisine, of Enfield, and Kristina Voisine and her companion, Chris Ruby, of Orlando, Fla.; two cherished grandchildren, Weston Voisine, and Kelly Ruby; a brother, Leonard Voisine Jr. and his companion, Melissa Weaver, of Maine; three sisters, Jean Foss of Maine, Rena Poitras, of Indiana, and Jackie Caron, of Bristol, Conn.; his closest nephew, Kevin Voisine; and niece, Chassedy Foster; his dear friend, Rick Poppel, his beloved dog, Molly, and many other nieces, nephews, extended family, and close friends. In addition to his parents, he was predeceased by his mother and father-in-law, Donald and Phyllis Foster; his brother, Richard Voisine; his sister-in-law, Rinda Foster; and his beloved dog, Blossom.

His family will receive relatives and friends from 2 to 4 p.m. on Sunday, Feb. 27 at Leete-Stevens Enfield Chapels, 61 South Road, Enfield, Conn. Calling hours will close with words of remembrance.

Burial will be private, at the convenience of the family. For online condolences, please visit leetestevens.com.