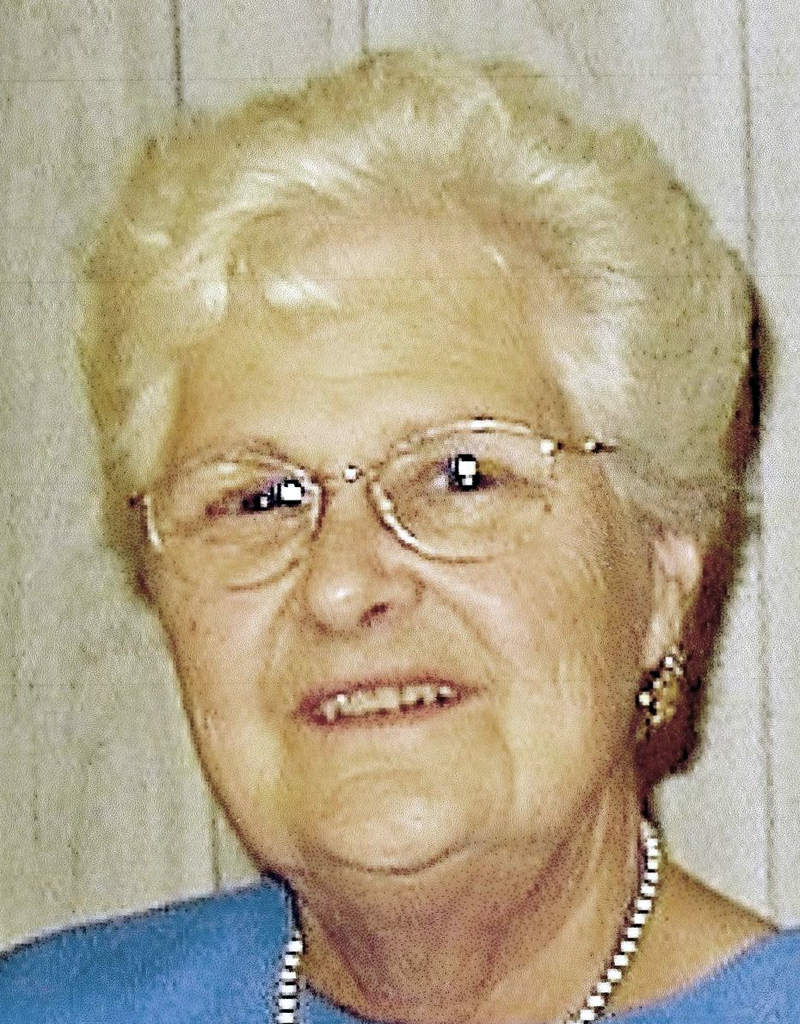 Rita Nadeau Potvin, 89, of Waterville, passed peacefully away on Dec. 8 at Cove’s Edge in Damariscotta. She was born to Honore and Elisabeth (Lang) Nadeau of Caron Brook, New Brunswick on July 23, 1928. She attended a one-room schoolhouse until the sixth grade when she had to leave to help at home. She received her GED after her family was raised. She married Alex Potvin in Clair, New Brunswick on Oct. 31, 1950. They were married for 60 years until Alex passed away in 2010.

Rita was a warm, gentle, giving person who always put everyone else first. Her family was most important to her and the house was always full with other children or helpers who worked on the farm in Searsmont where Alex and Rita raised their family. She was a stay-at-home mother and would often be heard singing while she worked away. She was a devout Catholic and a communicant of Sacred Heart Church in Waterville prior to moving to Newcastle to live with her daughter and son-in-law. Later she went to reside at Chase Point in Damariscotta.

She was predeceased by brothers, Edgar, Delbert, Roland, Enoil, Everard, and Gerard; and sisters, Gemma and Therese.

In lieu of flowers, please consider making a donation in Rita’s memory to: Alzheimer’s Association, Maine Chapter, 383 US Route One, Suite 2C, Scarborough, ME 04074.