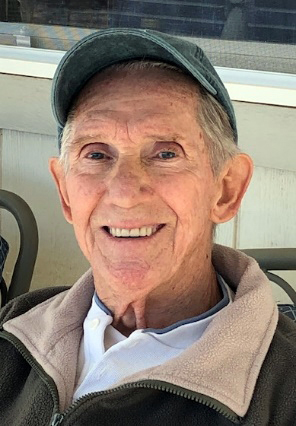 Born in Greenville, Dec. 27, 1937, he was the second of eight children of Eugene Irving and Agatha Blanchard Denbow.

In 1958 he married Mary Catherine “Kay” Scott and they went on to have five children. They made their homes in Pittsfield, Palmyra, Newport, St. Albans, Welton, Ariz., Brenda, Ariz., and finally back home to Waldoboro.

After graduating in 1956 from MCI in Pittsfield, he went to work for GE in Massachusetts and in 1957 began his almost 42-year career at Irving Tanning in Hartland. He began at Irving, running the sample wheels and at the time of his retirement, had advanced to assistant vice president of technical services.

Bob and Kay, with friends Keith and Marleen Bubar, founded and ran a woodworking business, St. Albans Slab & Sawdust, where they produce everything from Canadian rockers to tanning drums for the tannery.

Bob loved music, both writing and playing. He played as a lounge entertainer at Squaw Mountain Resort and Lovley’s Motel. He was also the musical director and organist for the Maine State Junior Miss Pageant.

After retiring in 1998, Bob and Kay moved to Welton, Ariz., where they lived a couple years before settling in Brenda, Ariz. In 2021, they returned to Maine.

Bob and Kay loved to travel and play bingo every chance they could. They also liked to garden and produced a lot of vegetables and grapes even though they lived in the desert.

In Brenda, Bob really had time to pursue his passion for music. There were several places in town where he could play at a jam almost any day. While living in Arizona, he was a member of five local bands. The last one was the Notables that included his best friend, Chuck Morris.

Bob requested there be no services at this time. As a lifelong member of the Catholic Church, a funeral mass and committal service will be held at a later date.

Arrangements are in the care of Burpee, Carpenter & Hutchins Funeral Home, Rockland. To share a memory or story with Bob’s family, please visit their online Book of Memories at bchfh.com.