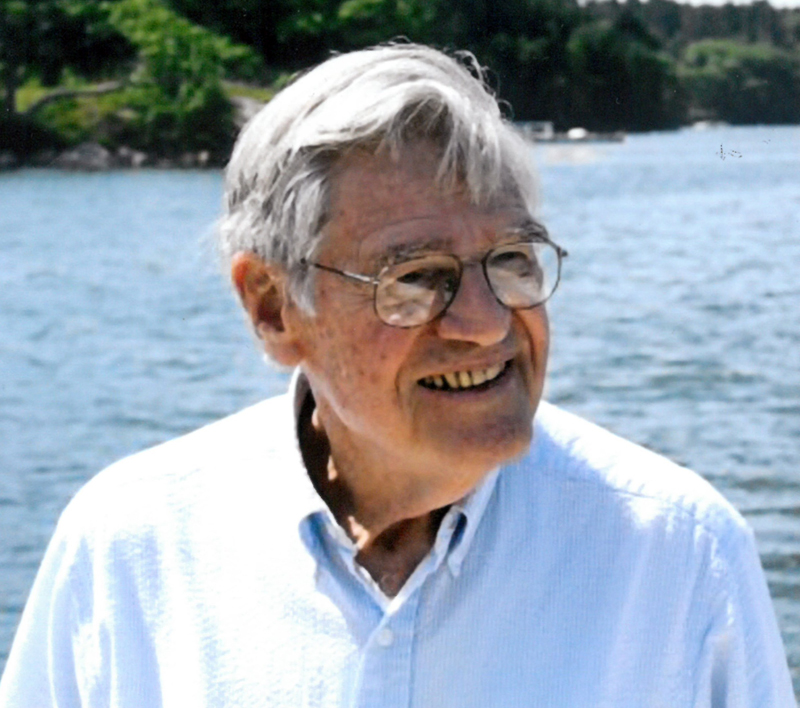 Robert attended school in Boothbay Harbor and Deerfield Academy. He earned a B.S. and a PhD in chemistry at Yale University. During WWII he enlisted in the U.S. Army and was stationed in Oakridge, Tenn.

In 1946 he met Eugenia Melzar, his future wife, in Boothbay Harbor. They married three years later.

In 1950, Robert began teaching chemistry at Northeastern University in Boston, Mass. He went on to head the Chemistry Department there and then became Dean of the College of Liberal Arts. His students always meant a great deal to him, some of them becoming life-long friends.

After retiring in 1986, he returned to the family homestead in Boothbay Harbor. An avid sailor, he enjoyed many summers of cruising the Maine coast with Eugenia and the family. With an excellent baritone voice, he sang for most of his adult life in church and community choirs, including the Sheepscot Valley Chorus in recent years.

Robert was predeceased by his youngest child, Alan; and older brother, Frederick.

There will be a celebration of Robert’s life at 2 p.m., Sat., Aug. 12 at the Congregational Church of Boothbay Harbor, 125 Townsend Ave.

In lieu of flowers, memorial gifts may be made to the Congregational Church of Boothbay Harbor or the charity of one’s choosing.

Condolences may be shared at www.hallfuneralhomes.com.

Arrangements are entrusted to Hall’s of Boothbay, 975 Wiscasset Rd., Boothbay.