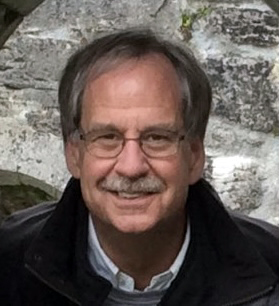 Bob was born on May 6, 1952, the son of the late Ted and Jodie Agnew. He spent his early life in Rochester, N.Y., and graduated from Babson College with a degree in Marketing.

He is survived by his wife of 40 years, Jeanne; his daughter, Allison and her wife, Madalyn Heanue; sister, Chris McClellan and nephew, Mark McClellan; nieces, Kim and Kristen Agnew. Beloved family members of Bob and Valerie Mattes and sons, Tom and Rob wife Brennan, and children, Ryan and Evvy; Kathy Mattes and Andy Marsh; Patty and George Horlacher and sons, Matt and Andrew; Marybeth Kelleher and sons, Mike wife Jessica and daughter, Ada; Sean and husband Loïc; and Brendan and wife Kathryn.

Bob was predeceased by his brother, John “Skip” Agnew; and nephew, Tim McClellan.

He enjoyed skiing, playing golf, traveling and had a passion for restoring British sports cars. Bob loved to spend his time on Damariscotta Lake, admiring the sunsets, and going out on his boat. He especially enjoyed spending time with his family and community of friends. Those who knew Bob closely can all agree he was generous with his smiles and loved telling stories.

A memorial service for Bob will be held at St. Andrew’s Episcopal Church in Newcastle, on Tuesday, Dec. 7 at 2 p.m.

In remembrance of Bob and his love for Lake Damariscotta, the family asks that in lieu of flowers, charitable donations be made to Coastal Rivers Conservation Trust, PO Box 333, Damariscotta, ME 04543.

Arrangements are under the direction and care of the Strong-Hancock Funeral Home, 612 Main St., Damariscotta. Condolences and messages for his family may be expressed by visiting stronghancock.com.