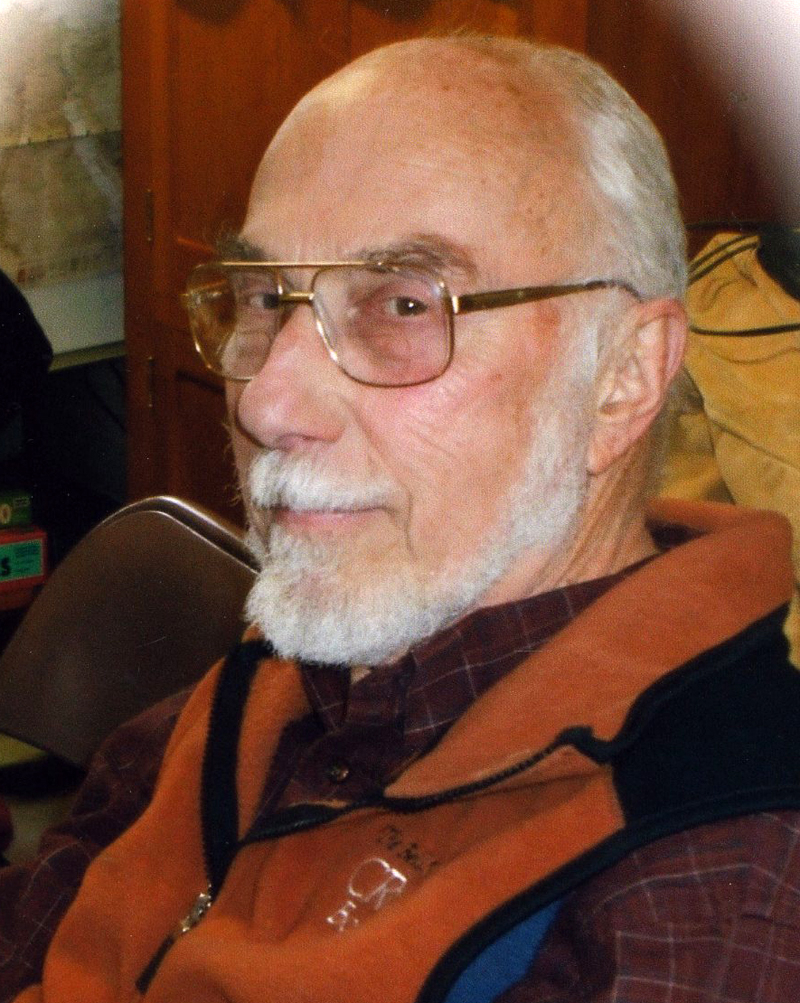 Robert “Bob” Frank Hardina, of Damariscotta, passed away peacefully on the morning of March 29, 2019. He was an amazing and extraordinary individual, a bit of a character with a wry wit with a big, but self-effacing personality, a philanthropic pillar in the community who always gave a helping hand to everyone without a second thought, who lived life with a strong moral compass and will be missed by many.

Born in Springfield, Mass. in 1936 to Helen Isabelle (Maranville) and Frank Joseph Hardina.

Ordained in 1960 Served at Payson Park Church, Union Congregational, finally teaching at Stonehill College as their “token Protestant.” He later became Director of Conferences and Institutes, and was passionate about his involvement with Homeward Bound, working with inner city kids.

In 1976 purchased Ken Prentice Plumbing, Heating and Electrical Contracting business in Damariscotta and started Mid-Coast Energy Systems. In 2000 Bob sold the business to William Morgner, David Gamage, and Ronald Russell. He continued as an estimator for the company and later was “Education Coordinator” until 2017.

He achieved Eagle Scout in Agawam, played with The Melody Men, active in musicals and theater in high school, president of Senior Pilgrim Fellowship of Agawam Congregational Church.

Hosted a weekly TV show, “A Show of Faith,” during his time at Stonehill. He had great love for his community and was always actively involved.

Served as president for two terms of Round Top Center for the Arts. He supported the arts and had a lifelong love of theater and music. He served on Seven Trees board which provided homes for troubled teens. He was vice president of Eldercare Network of Lincoln County, of which he was a founding member and remained on the board until very recently. Started a windows workshop to teach others in the community how to make low cost insert storm windows.

Volunteered for three and a half years on a weekly basis at H.O.M.E. in Orland helping to build affordable housing, and lending his valuable Master’s licenses in the trades.

Served several terms as deacon in the Edgecomb Congregational Church where he was a member since 1996. Bob was instrumental in building the addition and instituting a heating system, as well as performing various handyman projects, which he very much enjoyed. He served as a volunteer Interim Pastor in Edgecomb for a period of two and a half years while the congregation decided what to look for in a settled Pastor.

Most recently he volunteered at Skidompha Secondhand Book Shop, a position he loved. He enjoyed meeting and talking to people of all ages.

He had great empathy for humanity and was very concerned with the needs of others, helping to support many charities, both local and global. He supported and mentored individuals and youth. There are many whose success in life is attributable to Bob.

Bob was a consummate family man. His family was the most important thing to him. He loved his children and his grandchildren. He created “Camp Hatch” which was a special activity program for the grandchildren over a couple of weeks each summer. He taught them how to build things and one year made a go-cart. He was always imaginative in devising activities and outings. He taught them to be a positive light in their community and to stand up for what they believe in. There have many happy memories of their Grandpa.

He was a diligent writer, who put thoughts and opinions on paper throughout his life, including writing articles, press releases, and letters to the editor for the Lincoln County News.

Bob was an avid story teller of life and life lessons. He wrote a book “Frankly Speaking,” a tribute to his father, in which he depicts the richness of growing up in an immigrant community. His stories included the wisdom of his father, Frank, and stories of his immigrant neighbors. He loved history and poetry and John Steinbeck.

Bob was a man of ethics and integrity. He was passionate about social justice. He had been a Civil Rights activist in the 60’s. He was there for the March on Selma, Al. He was a forerunner in sustainable energy, developing solar power systems as far back as 1976. He cared about our planet. His credo was Do all the good you can, By all the means you can, In all the ways you can, In all the places you can, At all the times you can… anonymous….

In lieu of flowers, donations may be made to ElderCare Network of Lincoln County, PO Box 652, Damariscotta, ME 04543.