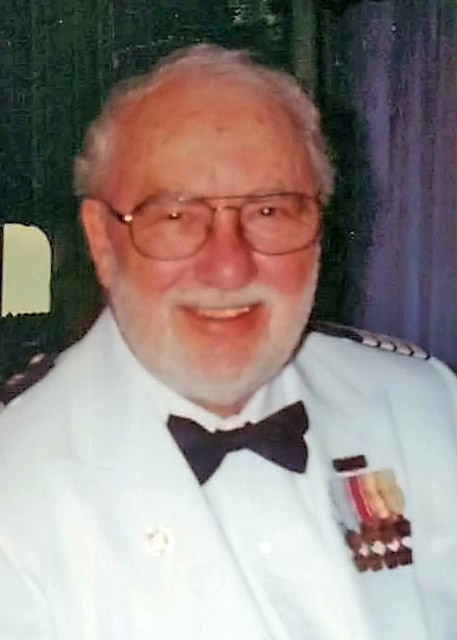 After his honorable discharge from the Army, he relocated to Northborough, Mass., where he was employed by the Education Development Center in Newton, Mass. for 24 years. While living in Massachusetts, he was a member of the Northborough Housing Committee for 20 years, and was involved in town politics.

After retiring in 1992, he and his wife moved to Edgecomb where they enjoyed many hours of boating on the Sheepscot River. He joined the U.S. Coast Guard Auxiliary and was a valued member of Flotilla 02-05 based in Boothbay Harbor. During his 35 years as an active member of the Auxiliary, he attained the highest membership status of AUXOP. As an instructor, he helped to educate boaters to be safe on the water. He served as District Commodore from 2003 through 2005, and earned numerous Auxiliary awards.

Bob is survived by his wife of 48 years, Carmella of Edgecomb; three daughters, Debra DiRodi, of Shrewsbury, Mass., and Leslie Hubbard and Susan Batten, of Wells; step-son, Steven Burns, of Damariscotta; as well as two nephews; one niece; and five grandchildren. He will be dearly missed by his family and friends.

Bob will be laid to rest with military and Coast Guard Auxiliary honors, at the Maine Veterans Memorial Cemetery in Augusta in the spring.

In lieu of flowers, donations in his name may be made to Midcoast Humane, 5 Industrial Parkway, Brunswick, ME 04011.