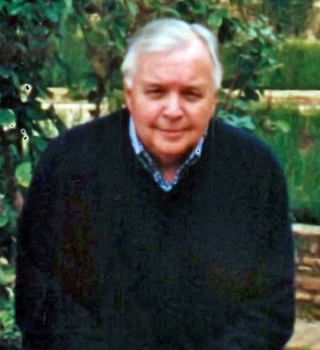 Robert C. Gerrard passed away at Cove’s Edge in Damariscotta, on Sept. 13, 2019. He was born in Malden, Mass. on June 17, 1937 to William Francis Gerrard and Mary Compton Gerrard, both of Prince Edward Island. He is survived by his wife, Bonnie Davis Gerrard; his two sons, Anthony and Christopher and his daughter-in-law Oeidre Caron; his brother, Keith; and his four grandchildren, Madeline and Amelia Gerrard, Madeline Caron, and Tucker Wood.

Bob grew up in Watertown, Mass. He attended Browne and Nichols School, Colby College and Boston University Law School, where he was on the Law Review. He was appointed Special Assistant Attorney General of Massachusetts under Elliot Richardson. He went on to have a very successful career as a trial lawyer in both state and federal courts. He was known as a brilliant litigator, a great teacher, a generous and innovative managing partner, and a supportive colleague. He deeply loved the law, believed in its highest promise and purpose, and held as sacred its ethical obligations. While he was a zealous advocate for his clients, he was also a kind and honorable competitor. He loved the intellectual rigor of the law and took great pleasure in mentoring younger attorneys.

Bob deeply loved his wife, his children and his friends. He had a great and mischievous sense of humor. He was a lifelong learner, a voracious reader, a lover of music, history and literature. He had a great sense of adventure and a hunger to explore the world. As he was a great story teller, he would enthrall his family recounting late nights listening to mariachi bands in the Zona Rosa, striking up a friendship with an Irish cowboy in Laramie, fleeing over-aggressive rug merchants in Ephesus, going to morning market in Ceret and watching Japanese tourists dance in Jerusalem.

He spent the final weeks of his life surrounded by his family, telling jokes, stories and singing songs and died peacefully in his sleep. He lived a full life and touched countless people with his force of personality, his raw energy, his charisma and his good heart. He will be missed but never forgotten.

In lieu of flowers, donations in Bob’s memory may be made to Colby College, 4335 Mayflower Hill, Waterville, ME 04901.