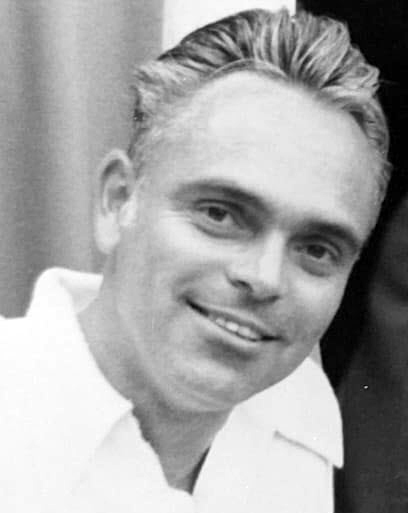 Robert Charles Pearson, “Bobby,” as he was known to friends and family, passed away at his home in South Pasadena, Fla. at age 79, on Sunday, Jan. 24, 2021 after a brief illness.

Born March 1, 1941, Bobby grew up in Lincoln County, with his parents, Kathleen “Kay” and Carl Pearson, and his siblings, Carl “Butch,” Karen (York), Parnell, Henry, Rebecca, and Kerstin (Corson). An accomplished athlete and graduate of Lincoln Academy in 1959, Bobby was inducted in the first class of 12 members to the Lincoln Academy Sports Hall of Fame in November 2012.

Longtime locals may remember Bobby from his jobs at Camp Makaria on Damariscotta Lake, Nobleboro; Round Top Creamery in Damariscotta; and Stevens Gulf Station in Newcastle. Shortly after high school graduation Bobby joined the U.S. Air Force, retiring after 21 years with the rank of senior master sergeant. He later retired from Tampa General Hospital and continued working for Shriner’s Hospital for many years. Even after all his travels, Lincoln County has always been the place he called home.

Predeceased by his parents; his first wife, Judith “Judy”; and his brothers, Parnell and Butch; Bobby is survived by his wife, Nancy; his daughters, Elin, Amy, and Julie; and his grandchildren, Zachary, Rebecca, Elijah, Scott, Joshua, and Gabriel. His nieces and nephews include Carl “Hal”; Wanda and Dwight; Donovan and Heather; Jeannie, Shayne, and Josh; Shanue and Jesse; and Katie.

Bobby’s ashes will be interred in the Gulf of Mexico, near his home of 39 years. A family memorial service will be held Saturday, Feb. 13 in St. Petersburg, Fla. Further inquiries can be sent via email to elin.adcock@gmail.com.