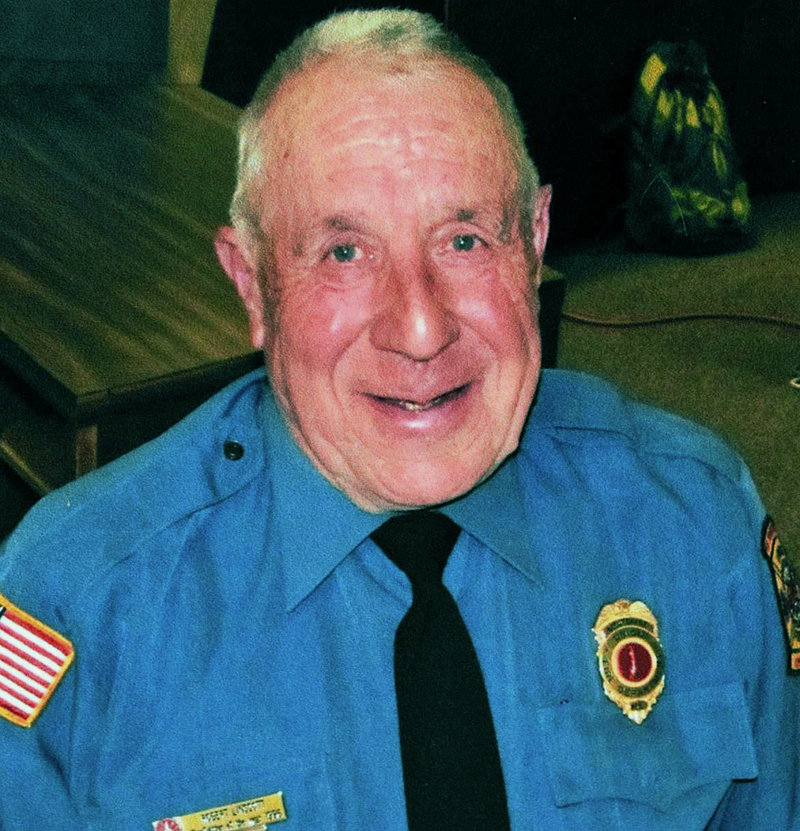 Robert M. Linscott, of Union, passed away suddenly at his home on Jan. 30 at his home. Bob was born on May 24, 1935 in Washington to Robert and Doris (Finn) Linscott.

Bob was educated in Washington and graduated from Union High School in 1954. He worked for many years at Boynton Chevrolet, Fuller Equipment and Fuller Cadillac. After retirement, he continued to work, driving trucks and mowing fields for Allen’s Blueberries in Union.

Bob married Janice Mae Gorden on June 17, 1956 and made their home in Union. They had two sons, Milton and Rick. Bob joined the Union Fire Department in 1957 and had faithfully served for 62 years. He was the 1996 fireman of the year and had a pump truck dedicated in his honor in 2009. Bob was a Mason, and a lifetime member of the Knox County Firemen Association.

Bob was a gentle soul, with a quick smile and a heart of gold. He loved to hear a good story, and tell one or two of his own. He had a love of tractors and trucks, and never passed up an opportunity to drive one. He had a passion for John Deere, but would happily drive a tractor of any color.

He enjoyed cutting firewood with his son Rick and his brother Berkley. The past four winters, he has helped Rick in the woods, driving a skidder and pulling wood out to the lot. He loved his family dearly, and enjoyed spending time at the family cottage, looking at the lake and watching the kids swim.

Bob was a loved and respected member of his community, and will be missed by many. He was loved deeply by his family and friends.

He is survived by his wife of 63 years, Janice; sons, Milton and wife Pam of Fort Myers, Fla., and Rick and wife Kim of Washington; grandson, Harrison and wife Catherine of Union; grandson, Ben and great-grandson Ethan of Cape Coral, Fla.; brothers, Mahlon and wife Barbara, and Berkley and wife Nancy; and sister, Marguerite, all of Washington; sisters-in-law, Joyce Hills and Lorna Hills of Union, and Sally Gorden of Connecticut; nieces, nephews and extended family.

Visiting hours will be held from 5-7 p.m., Fri., Feb. 1 and a funeral service will be held at 2 p.m., Sat., Feb. 2, both at Hall Funeral Home, 949 Main St., Waldoboro. A reception will follow the service downstairs at the Union Town Office.