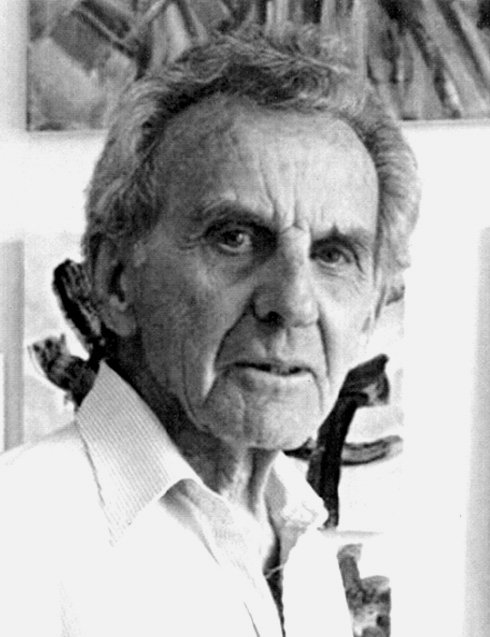 Robert Nason, of Dresden, died peacefully at home on the morning of April 6, 2019, surrounded by the love of his family, his art books and many of his beloved paintings.

He was a consummate artist, a dedicated teacher, an inspiring mentor to other artists, a caring husband and a supportive, fun-loving father.

From the 1940s to 2019 he produced thousands of paintings, drawings, sculpture and prints. To the end of his life he created artwork every day of the year in his studio or at home. His dedication to art and his passion for creativity inspired his family, friends and colleagues.

He began his college education at the Rhode Island School of Design in Providence in 1942 but in 1943 transferred to the U.S. Navy officer training program, then served as an ensign in the communications division of the Philippine Sea Frontier in Manila. After his discharge he earned degrees from Brown University in 1946 and from Rhode Island School of Design in 1949. During his college years, he performed in theatrical productions at Brown, and developed a lifelong interest in poetry and literary fiction.

He did figure drawing, landscapes and still-lifes, print-making and watercolors, ceramics and sculpture. Most of his paintings and drawings were wildly dramatic in an abstract-expressionist style. During the 1960s, he developed three other distinct styles: geometric shapes in all-over designs; rigid arrangements of circles; or angled bands of color on white backgrounds. To the very end of his life he explored new forms, new color combinations and even unusual canvas sizes. Some of his final works were tall abstract paintings unlike anything he had done previously, followed by a series of small monochrome works in gray and black featuring rigid symmetry.

His work has been displayed at galleries and colleges in Massachusetts, Rhode Island, New York and Maine. He often exhibited in public places, such as restaurants, art supply stores and churches, believing that fine art should be seen in the context of daily life. One such exhibit took place in 1966 at the iconic folk music venue Club 47 in Cambridge, Mass. His final exhibit, in 2018, was at Rising Tide Community Market in Damariscotta.

For many years he taught art in schools, colleges and adult art centers in Massachusetts and Maine. His adult students were guided by advice to “avoid making a picture like an image you’ve already seen,” and to “let the materials suggest the work,” with the idea that media such as pencil, pastel, watercolor or oil paint would each result in a different kind of picture if you gave your imagination free rein. He very much followed his own advice in creating original works in every type of traditional and experimental media. He especially loved photography and over the years photographed family members, scenery, cloud formations, natural objects and textures.

He doted on his children and enjoyed taking them on outings to the seashore, to New York City, to Maine or to visit relatives in Rhode Island. He encouraged his children’s interests in art, writing, photography, film, sports and music by teaching them specific techniques or by simply making instruments available for them to play, by attending their sports games, and by always being attentive to their changing interests.

He is survived by his former wife Ruth Bolton Brand of Waltham, Mass.; son, Tim Nason and wife Susan Leiter of Dresden, along with Tim’s children Kyona, Ariel, Iris, Amelia, Brianna and Jillian, and great-grandchildren, Sadie, Hadley, Zinnia and Gloria; by his former wife, Marilyn Lee Fischer Nason of Ann Arbor, Mich., and daughter Jennifer Lee Nason Davis of Ann Arbor, and grandchildren Isaiah and River; by his former wife, Karen Truedson Sankey of Plymouth, Mass., and sons, Erik Nason and grandchildren, Vita and Michael, and Gregory Nason, and granddaughter, Alexa, all of Los Angeles. He is also survived by his niece, Ilona Nason of Brewster, Mass.; and by nephews, Bruce Fairman of Newport, Ore., and Jordan Fairman of Alna.

He is predeceased by his brother, Earle Jr., who was killed at Leyte Gulf in the Philippines in WWII; by his brother, Richard W. Nason; and by his sister, Rosalie Fairman.

The family is very grateful for the services of Androscoggin Home Health Care and Hospice for their gentle care during Robert’s final months of life.

Donations in Robert Nason’s honor to organizations that support artists and the arts are greatly appreciated.