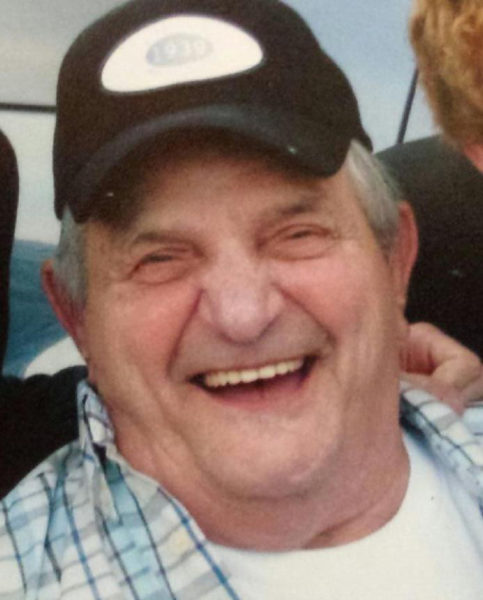 Robert R. Soohey, 77, of Bremen, passed away peacefully on Dec. 8 at the Togus VA Facility in Augusta with his loving family by his side. Robert was born on May 23, 1939 in Smock, Penn. to parents Stephen Soohey and Marie Sabota Soohey. One of 15 children in his family, Robert grew up in Pennsylvania and attended local schools. Before graduation Robert enlisted in the U.S. Army where he served from 1955 to 1957. After leaving the Army, he enlisted in the U.S. Air Force and served his country for eight years from 1957 to 1965. While in the Air Force, he was stationed in Iceland and China and he served during Cuba’s Bay of Pigs.

Once Robert completed his commitment with the military, he returned home to Pennsylvania where he went to work for U.S. Steel. After moving to Maine he sought work at Bath Iron Works as a ship’s painter. Throughout his working career, Robert worked for various local construction companies until his retirement. Robert took great pride in being a member of the DAV and had been an active member of the American Legion in Damariscotta.

Some of Robert’s favorite past-times were family barbeques, playing cards, and getting together at the annual Soohey Christmas Party. He especially liked watching sports, and passionately cheering for his beloved Pittsburgh Steelers. The family remembers Robert as being a strong “man’s man” with an infectious smile that made all who came in contact with him feel at ease. One of his biggest roles in life was being “Grampy,” the kind-hearted man who would let you sit in his lap in his recliner and let you steal a stick of mint gum out of his shirt pocket. He loved to play card games with the youngest to the oldest from War to Uno on up to Cribbage for the biggest challenge. He loved all of his grandchildren and showed them that there was nothing that he would not do for his family.

Robert was predeceased by his parents as well as several of his brothers and sisters.

Left to cherish his memories are sons, Robert S. and Teresa Soohey of Whitefield, and their twin sons Robert and Stephen Soohey, Ralph and Lori Soohey of Bangor, their daughters Shelby Slauenwhite and Abbe-Jaye Soohey and great-grandchildren Makenna and Morgan Slauenwhite and Jack Soohey, of Bangor, Joseph and Gabriella Soohey of Searsmont, and their daughters Jacqueline Soohey of Bangor, and Rochelle Soohey of Peru,  Donald and Angeline Soohey of Bremen, and their children Laura Soohey of Boothbay, Kelly Soohey, Dylan Soohey and Caleb Soohey, all of Bremen;  daughter, Kimberly Rodriguez of Bremen, who lovingly cared for him for the last several years which allowed him to remain in the comfort of his home. Robert had a special relationship with extended family members Tracy Cabral and Russell Schvertt. Robert is also survived by brother Franklin D. Soohey and wife Wanda of Akron Ohio, along with many nieces, nephews and friends.

A gathering of family and friends will be held on Saturday, Dec. 17 from 11 a.m. -12 p.m., followed by a celebration of life at noon, all to be held at Hall’s of Waldoboro, 949 Main St., Waldoboro. Interment will be at the Dunbar Cemetery, East Neck Road, Nobleboro, following the service.

In lieu of flowers, Robert’s family has requested that donations in his memory be made to the MS Society of Maine, 74 Gray Road, Falmouth, ME 04105

Hall’s of Waldoboro has care of the arrangements. To extend online condolences, light a candle for Robert, or to share a story or picture, visit his Book of Memories at www.hallfuneralhomes.com.