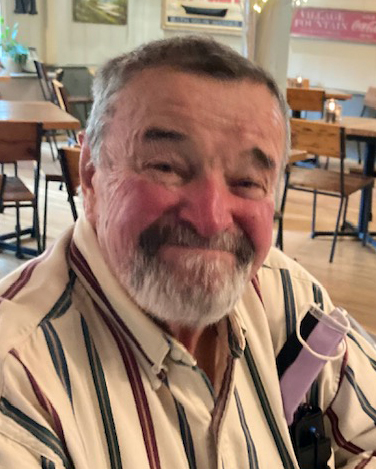 Bob attended schools in Everett, Mass. and graduated in the class of 1950. One of the original “summer kids,” Bob enjoyed summers in Boothbay on his mother’s family property on Back River Road in Boothbay. After graduating high school, Bob enlisted in the Air Force. During his time in the Air Force Bob was introduced the love of his life, Elizabeth “Betty” Mellon, by his older brother, Lewis. The two were married on June 8, 1957 and remained married until Betty’s passing in 2016.

After being honorably discharged from the Air Force, Bob worked for Cutlers Motors in Melrose, Mass., selling Ford automobiles, which he loved. In 1963 Bob and Betty moved to Boothbay, to a family homestead two driveways up from where he would eventually call home for 52 years. During his working career in Maine he worked at Goudy and Stevens, Haggett’s Ford in Wiscasset and DiPetitro Kay in Bristol along with a few other stops. He is most famous however for his years at Grover’s Hardware in Boothbay Harbor, where he was quick with a smile, a joke, and if he liked you, an insult. Bob hung up his cash register, finally “retiring” in 2020.

He was a member of the Rotary Club in Boothbay Harbor from 1984 to 2022, serving as “the Sergeant at Arms” for years and as president in 1997-98. He exuded the Rotarian motto of “Service above Self.” He was a volunteer F.I.S.H. driver and worked during the summer of 2021 at the Boothbay Region Information Center. Bob enjoyed puttering around his property and watching the Red Sox.

Above everything else Bob excelled at being a dad. He took great pride in his only son, Bill, his wife, Linda, and their children, Samantha Pike, Matthew Pike, and Tess Little, of Falmouth. There was nothing he wouldn’t do for any of them.

He was predeceased by his wife, Elizabeth “Betty” Pike; his parents; brother, Lewis Pike; and cousin, Carolyn Lewis Cooper. In addition to his son and family, he is survived by his niece, Ginger Moller, of West Springfield, Mass.; nephew, John Pike, of Texas; and his “Lady friend,” Judy DeGraw, of Ocean Point (East Boothbay).

A time of visitation and celebration of Bob’s life will be held from 4-7 p.m. on Friday, Oct. 7 at the Boothbay Harbor Rotary Clubhouse at 66 Montgomery Road in Boothbay Harbor. The family is encouraging the community to come and celebrate Bob’s remarkable life.

Hall’s of Boothbay has care of the arrangements. To extend online condolences, light a candle for Bob, or to share a story or picture, visit their book of memories at hallfuneralhomes.com.