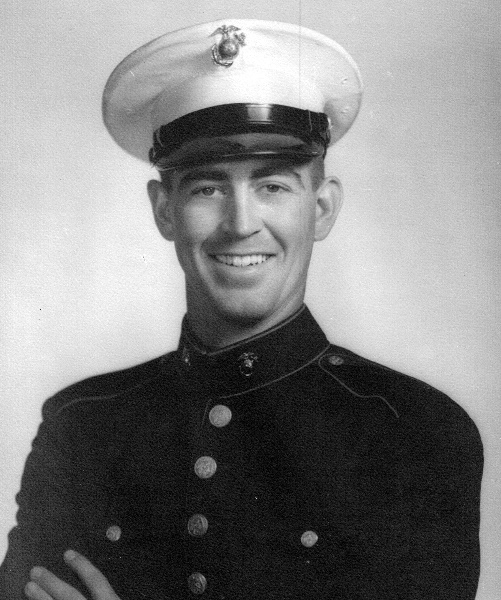 Born in Portland, Nov. 19, 1931, he was the son of Clarence E. and Katherine C. Pearson. Following the death of his mother and father, Bob was raised by his grandparents, Robert and Ellen Pearson. He attended South Portland High School, New Hampton Prep School, and graduated from the University of Maine at Orono. Bob played football at all of these schools.

He was a proud Marine, having served in Korea with the United States Marine Corps, during the Korean Conflict.

He was a Registered Licensed Professional Engineer and Land Surveyor. For more than 32 years, Mr. Pearson was the manufacturing superintendent of the G.T.E. Sylvania Plant in Waldoboro. Upon retirement from G.T.E, he owned and operated P & M Engineering/Land Surveyors.

Predeceased by his wife of 57 years, Lorena, he is survived by his daughter, Stephanie P. Laite and her husband John of Union; and his son, Scott D. Pearson and his wife Aimee of Jefferson.

There will be no visiting hours. A graveside funeral service will be held at 2 p.m., Sunday, July 26 at the Orff’s Corner Cemetery, 2410 Winslows Mills Road, Waldoboro. The Rev. Bob Bellows will officiate.

To share a memory or story with the Person family, please visit their Book of Memories at bchfh.com. Arrangements are in the care of Burpee, Carpenter & Hutchins Funeral Home, 110 Limerock St., Rockland.