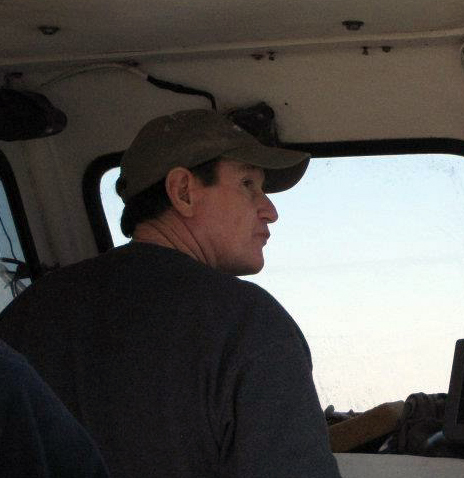 Rodney Alan Lowery, 66, died instantly, peacefully and far too soon on January 26 on Squirrel Island, with his caring friends attending him, and having just smiled at them in his friendly and genuine way.

He was born Oct. 31, 1950 to Ernest and Cora (Lewis) Lowery in Boothbay Harbor, and lived his whole life on Barters Island. He graduated from the Boothbay Region High School, Class of 1969, and always joked he earned his degree in hard work from B. I. U. (Barters Island University).

Rod loved and raised two great kids, Daniel Lowery and Andrea (Lowery) Hodgdon. He was so proud of them and would talk your ear off about them, given the chance. He loved his grandchildren, Taylor, Adam, Emma, and Gareth with his whole heart and talked with pride about what great young adults they were all becoming.

Rodney met his wife, Toni, out dancing one night in Yarmouth. They had their first date on Feb. 28, 1998 and have been inseparable ever since, marrying at the lookout on Porter Preserve in April 2005. Together they traveled, laughed and loved their furry four-legged kids, Maggie, Luci and Penny, who also miss him dearly. Nearly 20 years together and nearly 12 years married, they were the love of one another’s life, best friends and loved one another with a bond that will never be found again in this lifetime.

Rod began lobster fishing in the 1980s and became one of the most well-respected and successful fishermen in the area. He also worked as a finish carpenter during the off-season, and was a skilled and meticulous craftsman who created beauty in his own home and everywhere he worked. Rod was one of the most generous people in the world and would help anyone in need. He was brilliantly big-picture minded, loving and funny. His laughter could set the world right again. Rod loved all of his animals and even the outside animals, each spring collectively naming the chipmunks “John Henry” and leaving birdseed for them on the woodpile.

He was predeceased by sister, Patricia Carter; and father, Ernest Lowery.

Donations may be made in Rodney’s name to the Lincoln County Animal Shelter, 27 Atlantic Highway, Edgecomb, ME 04556.