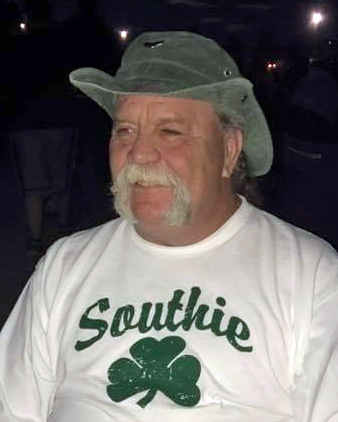 Ronald James McGerigle Jr. was born on Aug. 27, 1956 in Newton, Mass. He was predeceased by his parents, Esther (Costello) and Ronald McGerigle. He leaves behind his sisters Cathy Taylor, of Waterville, and Laura McGerigle, of Newton, Mass.

Ron grew up in Newton and served in the Air Force until 1975.

In the mid-1980s Ron set off to live a life on his own terms. He traveled the country and was part of several motorcycle clubs, most recently the Fifth Chapter and then The Saracens. He loved his brothers fiercely and was affectionately known as “Walrus” for obvious reasons.

Ron was very active in the Maine recovery community throughout his 40 years in and out of sobriety. He helped many men who were coming out of jail get their lives together and learn to love themselves. His giant heart was both his biggest asset and part of his demise.

We will miss his laugh, his jokes, and his force that connected him to his fellow spiritual travelers. He saw himself in others, and they saw themselves in him.

He is survived by wife, Cheryl; his children; and his grandchildren.

Ron was happiest in Fenway Park, cheering for the Red Sox and lamenting the Yankees. It is no mistake he passed away the same day as his hero Ted Williams, July 5.

A celebration of life will be held later this summer or early fall. Details to follow.

“I read a book once, Beetle Bailey.”