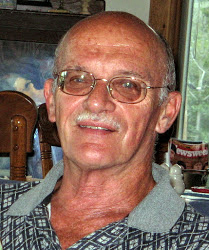 He was born Dec. 20, 1942 in Canonsburg, Penn., son of the late Clyde and Alvira (Zuccolotto) Paullo. He lived in Pennsylvania, attending local schools and received his bachelor’s degree from Indiana University of Pennsylvania and a master’s degree from the University of Connecticut in Speech Pathology and Audiology. Ron settled in Connecticut and worked as a speech pathologist in Newington Public Schools until retiring in 2001.

Upon retirement, Ron moved to his favorite place on earth, Pemaquid Point. His family has many fond memories of the time spent with him in his special place, enjoying lobster, beaches, and ice cream. He volunteered his time in the community as often as he could and became an active member of the Congregational Church of Bristol.

He is survived by his daughter and son-in-law, Christa and Dain Perkins of Vernon, Conn.; his son Jordan Paullo of Maine; his three adoring grandchildren, Ethan, Abigail, and Kaleigh Perkins. He also leaves nieces and nephews, Don and Brandi Paullo and their children and Grant and Michelle Paullo and their children as well as Brian Hegner, Ali Ziegler, Keith Hegner, Kevin Hegner, Randi Hegner, Amy Beard and their families.

In addition to his parents, Ron was predeceased by his brother Donald Paullo.

Memorial contributions may be made to Healthy Kids, 15 Belvedere Rd., Damariscotta, ME 04543.

Services will be at the convenience of the family. To leave a message of condolence, please visit holmeswatkins.com.