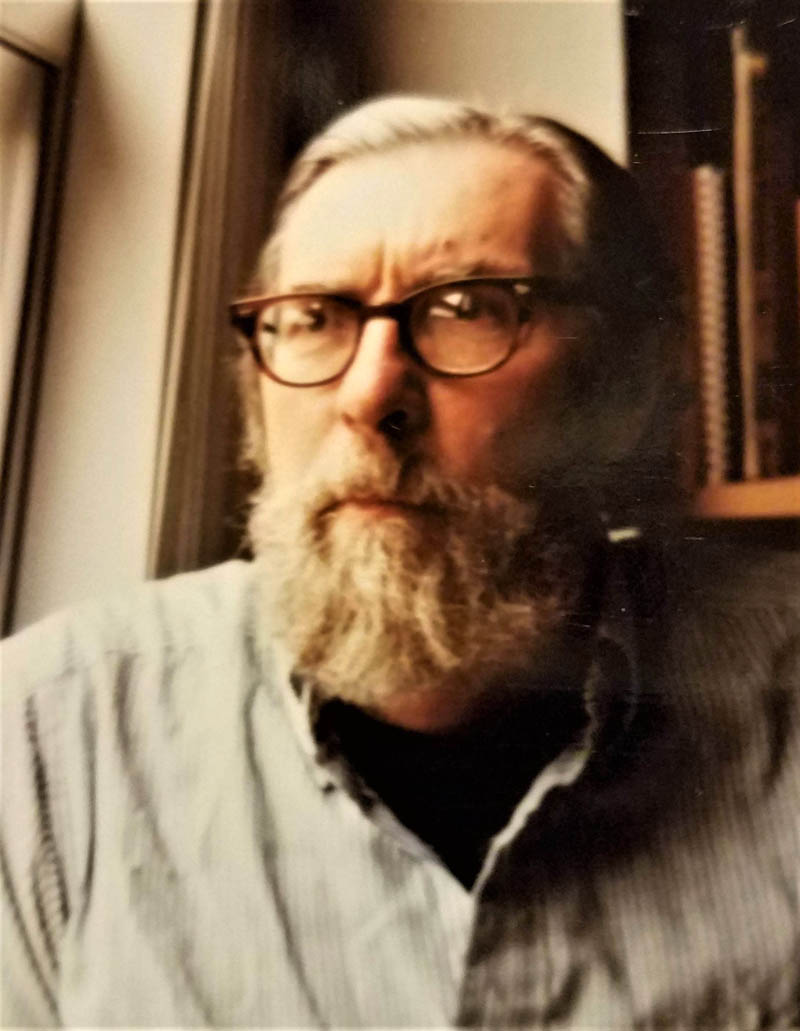 Ron was born March 15, 1930 in San Diego, Calif., the son of Lawrence and Thelka (Hotz) Keller. He grew up in Southern California, attending UCLA and earning a Bachelor of Arts in applied arts. He came east in 1952 to study medical illustration at Johns Hopkins Medical School in Baltimore, Md., before moving to New York City to find work as a medical illustrator for textbooks and encyclopedias. It was there, through a mutual friend, that he met Betty Jean Russell, another recent transplant from California. They were married July 8, 1961 in San Francisco and made their home on the Upper West Side of Manhattan, where they raised two children.

During the late 1950s, Ron turned his artistic talents to advertising and graphic design. He took a position as an art director at McCann Erickson during the “Mad Men” era, and although an office with a view was nice, Ron craved more independence. He shifted his career to freelance work and left the agency job, but not before acquiring an appreciation for a good martini and developing an excellent golf swing.

As a freelance graphic designer, Ron relished his freedom to work on his corporate accounts or his own artwork, either from his Manhattan studio or from his drafting board at a summer home in Maine. Always looking for creative outlets, he took up the art of wood engraving. His work appeared in the Franklin Library’s fine collector editions and other books. A course in book binding and paper arts piqued his interest and ultimately led to his favorite life’s work. Under the name The Red Angel Press, he created limited-edition art press books with hand-set type, printed on a 1,700-pound, antique Golding Jobber printing press, using his own original wood engravings, and bound by hand. The elaborate, intricate, and imaginative works sometimes incorporated paper sculptures and pop-up structures such as a depiction of the suspension cables of the Brooklyn Bridge that rise up from the pages when opened. His books can be found in university libraries, including Yale, Harvard, and Dartmouth, in the Library of Congress, and in many private rare book collections.

From the time he arrived in New York City, Ron became a true New Yorker, loving the grit and the hustle and bustle as he frequented museums, attended art exhibits and concerts, and sketched architectural building details. Although they loved the city life, Ron and his family looked forward to their summertime escapes to their old, unheated house in rural Maine, where Ron enjoyed bird-watching, stargazing, gardening, and harvesting mussels. Over the years, Ron and Betty traveled the world on an artist’s shoestring budget, with art and architecture the main focus of their destinations and often an inspiration for Ron’s work.

Although they had sworn they would never leave New York City, Ron and Betty moved to the Upper Valley area of New Hampshire and Vermont in 2016, to be near their granddaughters, and for an easier life than they were starting to experience in the city.

Ron was predeceased by his wife of 56 years, Betty; and by a brother, Lawrence Keller. He is survived by a daughter, Angela Burrington, and son-in-law Brad of North Pomfret, Vt.; a son, Peter Keller of Queens, N.Y.; two granddaughters, Dana and Celia Burrington; and a brother, James Keller of Diamond Barr, Calif.

His family will gather for a private memorial service at a later date.

Memorial contributions may be made to the American Cancer Society (cancer.org).