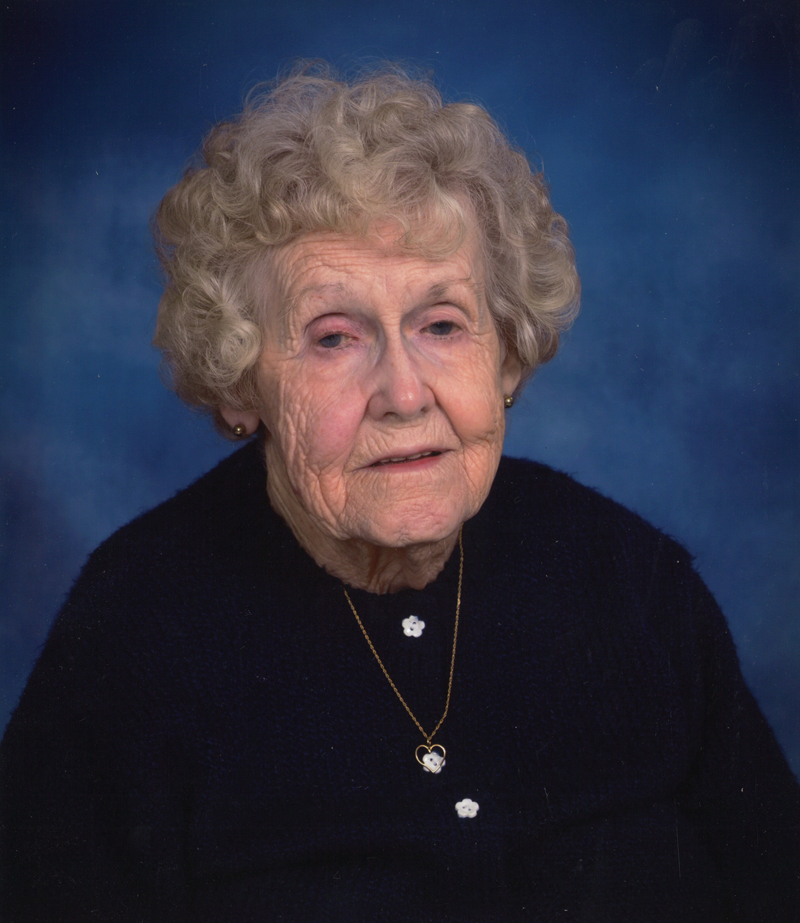 Rowene P. Orff, 96, went to be with her Lord and Savior on Oct. 18 at Cove’s Edge in Damariscotta, with her family by her side.

Rowene was born on April 9, 1921 in Portsmouth, N.H. to Rowe J. Stevens and Nellie May Harlow. Rowene attended local schools and graduated from the Portsmouth High School in the class of 1940. After graduation Rowene worked at the Molie Button Factory as well as the Portsmouth Naval Shipyard. She was a hostess at the USO Hall where she met the love of her life Wilbert E. Orff and they were married in 1944. They resided in Portsmouth, N.H. until 1945 when they were offered the chance to buy Wilbert’s grandfather’s farm on the Orff’s Corner Road in Waldoboro where they had lived their entire married life.

Rowene, never afraid of hard work, helped her husband on the farm with all the animals and the chores that went with owning a working farm. Rowene enjoyed cooking for her family, canning vegetables from their gardens and offering up some beautiful flower gardens, too. Rowene was an accomplished seamstress making her own clothes and she enjoyed knitting and crocheting.

In 1960 Rowene worked outside the home at the Paragon Button Factory and Moody’s Diner, both in Waldoboro. While retiring in 1965 she never stopped working as she chose to volunteer for many organizations. She enjoyed playing the piano for Willow Grange in Jefferson, was an associate member of the Nobleboro Grange, and was a former member of the Wiwurna Order of the Eastern Star who then merged with the Lakeview Chapter #179 in Jefferson. She was also a member of the Orff’s Corner Community Church, The Rose Society of Maine, and TOPS in Waldoboro. Rowene also enjoyed the companionship of many pen-pals throughout the country, she had more than 20.

Some of Rowene’s favorite pastimes were painting, for which she won many awards at the county fairs, crocheting lap robes for the veterans who were in nursing homes, making blankets for babies, and preemie hats for babies who were in the hospitals.

Rowene was predeceased by her husband Wilbert in 2002; daughter, Pamela Orff in 2000; and sister, Helen Coakley.

To extend online condolences, visit her Book of Memories at www.hallfuneralhomes.com.