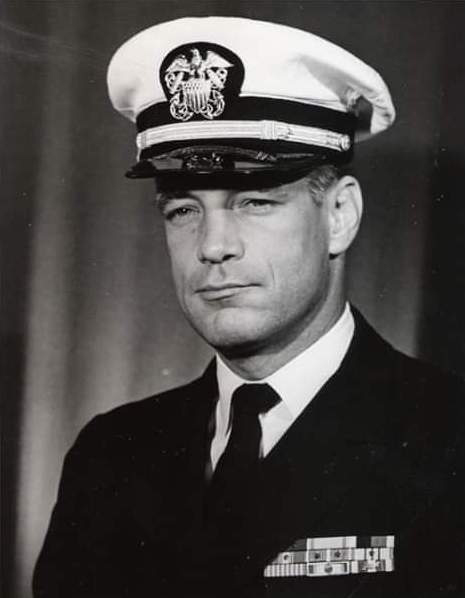 Rowland Victor Gilbert, Sr., 86, of Damariscotta, passed away peacefully on the morning of Feb. 13, in his home surrounded by loving family and his loyal dog, Sunday.

Rowland was born on June 27, 1932, to Walter T. and Velma H. Gilbert.  He was the eldest of seven children and enjoyed the adventure rich area of South Bristol to grow up and attend school.  He cherished the memories of lobstering and hunting with his father and brothers. High school years were spent as a boarding student in Newcastle, where he was able to attend and graduate from Lincoln Academy in 1950.

Rowland entered the U.S. Navy and honored his country with 20 years of service.  During his military service, he was recognized as a prized boxer and earned a commission as Chief Warrant Officer.  After retirement from the Navy, Rowland returned to the sea of his youth and lobstered for a short time. He was the caretaker of Johns Island and his carpentry work can be found all around the local area, including his childhood home in Christmas Cove.  Rowland loved spending time on his boat, Wanderer III, and never lost an opportunity to be on the ocean.

Rowland made his home in Damariscotta where he, his eight children, and numerous pets enjoyed his beloved “back 40.”  He was a self taught oil painter, despite being color blind, and loved to paint the landscapes of Maine. He could be found walking around town and searching for a good story at Waltz’s coffee shop.

Relatives and friends are invited to join the family for a time of visitation from 12-1 p.m., on Tues., Feb. 19, and a funeral with military honors will follow at 1 p.m. at the Strong-Hancock Funeral Home in Damariscotta.  In lieu of flowers, donations may be made the the Wounded Warrior Project, PO Box 758516, Topeka, KS 66675-8516.