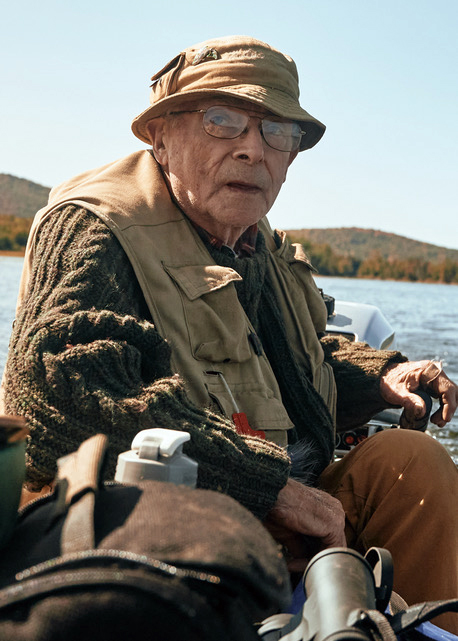 Russell Palmer Guibord passed away peacefully at home in Bristol on Oct. 9, 2021 after a short illness, a month short of his 80th birthday.

Born in New London, Conn. on Nov. 3, 1941, Russ graduated from high school in Newtown, Conn. He attended Paul Smith’s College in the Adirondacks, then served in the U.S. Coast Guard, on active duty and reserve, reaching the rank of Petty Officer First Class. He particularly enjoyed duty on the ice patrol off the coasts of Labrador and Newfoundland, where his father had served as an army officer in World War II.

Russ was a controls system engineer, working as an independent contractor in Maine, traveling through the northeast and beyond. His work was especially suited for wood-fired boilers, and when the paper industry declined at the end of the 20th century he shifted to his love of woodworking. He established the Cane & Canvas shop along the Pemaquid River in Bristol Mills, where he restored wooden canoes, and also offered canoe and kayak rentals. He continued to work in his shop at home, and in his home brewery in the basement, until a few days before he died.

Russ had many interests including traveling, choral music, sports cars, sailing, flying his Cessna, and trains both real and simulated. He was a serious fly fisherman, and loved to go back to Umbagog Lake, a place of childhood memories. He loved to work with wood – carving spoons, making tables, restoring wooden canoes – but could also work wonders with masonry, plumbing, and anything electrical or mechanical. Upon moving to Maine in 1987 he took great interest in the history of Bristol Mills village, using his skills to help the town preserve the landmark Benner Road Stone Arch bridge, to restore headstones in the historic Herbert Yard cemetery, and to rebuild the watering trough opposite the Town Hall. He took an exceptional interest in the historic Liberty Pole in the center of the village, just a short walk from his home, and worked tirelessly to maintain it in its original form. He was an avid reenactor, participating in the Arnold Expedition during the Bicentennial, in events at Fort William Henry portraying his 17th century ancestor’s life as a settler along the St. Lawrence River, and in reenactments around the state as a member of the Bristol Militia, and taking responsibility for its cannon.

Russ was predeceased by his parents, Cynthia Guibord Durgin and Loring Ralph Guibord; and his brother-in-law, William Callachan.

He is survived by Sandra, his wife of 41 years; daughter, Jennifer; stepson, John Budd, his wife Gwen, and their children; stepdaughter, Susan Budd and her partner, Jason Enman; sister, Betsy Callachan; brother-in-law, Roger Downs, his wife Nancy; and several nieces and nephews and their children.

Russ will be memorialized during the Sunday morning church worship at 10 a.m., on Sunday, Nov. 7, at the Congregational Church of Bristol.

In lieu of flowers, donations may be made in his name to the Pierce Pond Watershed Trust, PO Box 5660, Augusta, ME 04332, or by visiting their website piercepondwatershed.org; or to the charity of your choice.