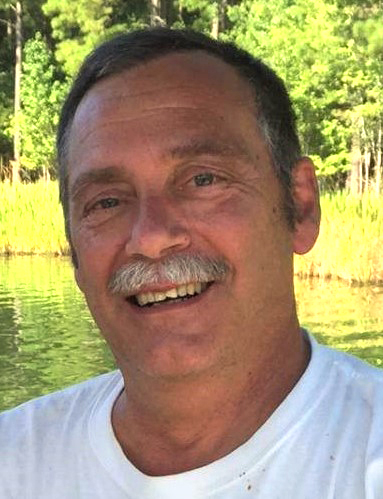 Russell Paul Sirianni, 60, of Waldoboro, went to be with the Lord on April 1, 2019 with his wife Amy by his side. He was born on Nov. 8, 1958 at Southington Hospital in Southington, Conn. His childhood was filled with many relatives who loved him. During those years he developed a love for the Red Sox. He declared early in the season last year that this was the “best team ever.” He was right.

Russell loved his son, Ryan, and daughter, Emily, above all. Every year he brought his family to Cobb’s Pierce Pond Camps in Pierce Pond Township. It was always a magical time, with many fishing/boating stories, camping, campfires, swimming and hiking. The Cobb family likes to spoil their guests, and we were no exception.

Russell started Mid Coast Diaper Service, a cloth diaper service, in 1989, and ran that business for almost 10 years. He then worked for Intelligent Signage Incorporated for 16 years. He spent the last three years working with young children through Child Development Services.

At age 18, Russell hitchhiked across America. He left with $5 and a backpack and arrived back home with the same. He attended Unity College, graduating in 1983 as valedictorian, and not surprisingly, earning the award for hardest-working graduate.

Russell was a member of First Baptist Church in Waldoboro for 20 years. He drove countless missionaries to Logan airport, set up chairs every week, sat on the Missions Committee, arranged fishing trips to Pierce Pond, and yearly trips to see the Red Sox. He befriended everyone there, and was known for saying “it’s a beautiful thing.” He was also “the birthday man,” as he never missed a birthday.

Russ was active in his community over the years, volunteering at Miller School for 10 years, sitting on the library committee when planning the new library, and donating blood at every opportunity.

Russell is survived by his wife, Amy Jo; his son, Ryan Sirianni of Waldoboro, 28; and his daughter, Emily Sirianni of South Thomaston, 24. He is survived also by his mother, Joan Monico of Belfast; his father, Russell Sirianni of Bristol, Conn.; his sister, Carolyn Sirianni, of Sharon, Conn.; his Aunt Connie and Uncle John McCluskey, and his Aunt Sylvia Imperator; as well as many, many cousins.

Services will be held at First Baptist Church, 71 Grace Ave., in Waldoboro, on Saturday, April 6. There will be a viewing at 10 a.m., with a service to follow at 11 a.m. All are invited to stay for a reception following the service. A private family burial will be held later this spring at the Old German Church in Waldoboro.

Arrangements have been entrusted to Hall’s of Waldoboro. To extend online condolences, visit hallfuneralhomes.com.