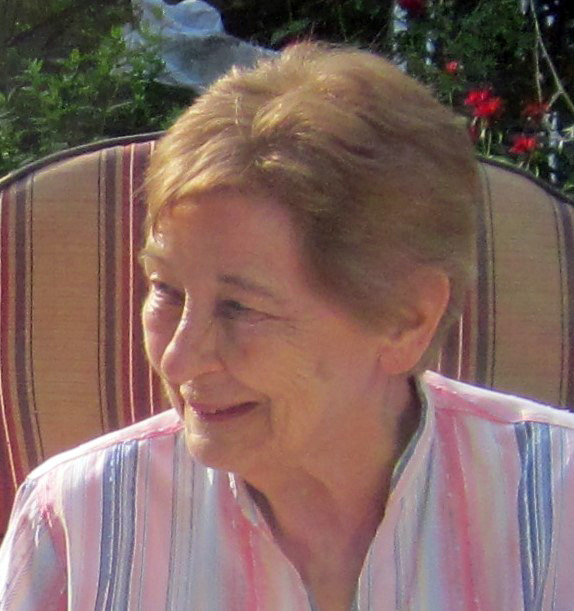 Ruth Ann (Raynes) Barter, 83, of Jefferson, passed away peacefully at home Thursday, May 5, 2022, holding her oldest daughter’s hand. The daughter of Phillip and Christena Raynes, Ruth was born in Camden Oct. 22, 1938, and lived there with her parents, her brother, and two sisters. Living next to Camden Harbor as she grew up, swimming beside her home and lobstering with her father, fostered a love for the ocean that remained with her for all of Ruth’s life.

Ruth attended Camden High School,  where she was an exceptional basketball player. It was there that she met the love of her life in 1953, Donald Barter. They were married Sept. 3, 1955.

Ruth cherished her family more than anything, and her greatest pleasure was spending time with them. She and Don worked hard to provide their children the necessities of life and a stable foundation filled with opportunities and love. They ran several small businesses together. They began with a chicken farm in Union. In 1981, they purchased the Family Bowling Center, in Rockland. After selling the bowling lanes, they started a new adventure, The Waldoboro Fitness Center. Ruth also worked at Gorden’s grocery store in Union, to enable her to be home with her children. Ruth was a hard worker and instilled those values in her children.

Ruth was known for her wonderful cooking, her boundless energy, and her addiction to cleaning. She was a voracious reader and an avid lawn sale fanatic. She would always be ready to dicker no matter how low something was marked. For many years, she volunteered much time coaching her daughters’ softball leagues and being a room mother in her children’s classrooms. Ruth could often be found at ice cream shops around Maine. For decades, Ruth collected Depression-era glass, and occupied Japan figurines.

She was a founding member of the Midcoast Shrine Ladies Club (in 1973), a member of the Hope RFD Club, the Union Snowmobile Club, and The Harley Owners Group.

Ruth is survived by her husband of 66 years, Donald Barter, of Jefferson; her daughters, Christy and husband, Ernie McIntosh, of Waldoboro, and Donna and her husband, Tommy Higgins, of Oakland; son, Robert Barter, of South Thomaston; grandchildren, Scott Carter, of Friendship, Shannon Peaslee, of Whitefield, Derrick Draper, of Clarksville, Tenn., Michaela Higgins, of Aspen, Colo., and Robbie Barter, of South Thomaston; as well as great-grandchildren, Hannah Carter, Brady Carter, Chase Peaslee, and Canyon Peaslee; two sisters, Faye Leland, of West Rockport, and Mary Freeman, of So. China; and seven nieces and nephews.

A celebration of life will be held from 2 to 4 p.m. on Sunday, May 22, at the Orff’s Corner Community Church in Waldoboro. Ruth will be laid to rest in a private graveside service at Marriner Cemetery, at a later date.

Memorial donations may be made in Ruth’s memory to Midcoast Shrine Ladies Club, P.O. Box 102, South Bristol, ME 04568.