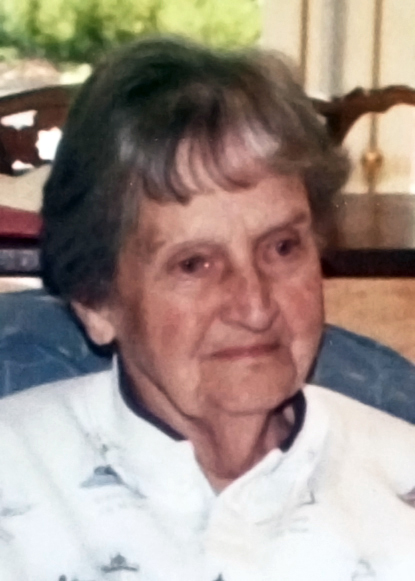 Ruth Eleanor Sykes Leeman, of Round Pond, passed away in the early morning hours of April 5, with her loving children by her side. She was just shy of her 94th birthday. Born on April 19, 1924 in New Harbor, she was the daughter of Newell and Eleanor Whaley Sykes.

Ruth grew up in New Harbor and graduated from Bristol High School where she met the love of her life, Merton Leeman. They were married on March 6, 1943, and two days later he left to serve in the Coast Guard during WWII. While Mert was away, Ruth worked at Bath Iron Works as a welder until November 1943 when she moved to Portland, Ore. to be with him.

Upon Mert’s honorable discharge, they moved back to Maine, settling in Round Pond where they bought their home overlooking Round Pond Harbor. There they remained and raised their family.

Early on, Ruth worked at Sylvania and continued there until her first grandchild was born. She later apprenticed for Ed Tukey in Damariscotta, and became a licensed beautician. She opened her own business in her home named, “Ruth’s Beauty Shop.” She had many clients and enjoyed her time with them all. She was well known and loved for picking up her clients who either didn’t drive or couldn’t get to her. She would go pick them up and deliver them home after. While having their hair done, she would make sure they had a hot cup of tea or coffee, and maybe even a bite to eat. Ruth continued to work into her 80s, until her diagnosis of Alzheimer’s didn’t allow it.

Ruth enjoyed camping, snowmobiling, boating, dancing, playing cards, saltwater fishing, along with playing horseshoes and relaxing at their cottage on Biscay Pond. She and Mert enjoyed many activities with special friends they met along life’s way, including Joe and Evelyn Ball, Gerry and Mac Russell and Richard and Gloria Merrifield, just to name a few.

Most of all, she loved spending time with her family. Every Saturday night, they would all arrive for her baked beans, to play cards, or just enjoy each other’s company. She enjoyed her garden every summer, making sure each grandchild knew how to snap green beans. She was known by her family for so many of her delicious recipes. Her famous sour pickles, stuffed lobsters, apple and mincemeat pies, macaroni and cheese, and Christmas dinners.

Besides her parents, Ruth was predeceased by husband, Merton; sisters, Gloria Scott and Virginia Collamore; and grandson, Timothy Leeman.

A graveside service for Ruth will be held at 2 p.m., Sat., May 5 at the Chamberlain Cemetery in Round Pond. The Leeman Family would like to invite friends and family to join them at the Willing Workers Hall in New Harbor directly following the graveside service, to remember the lives of both Merton and Ruth Leeman. There will be food and drink available, and the sharing of the many memories from over the years.