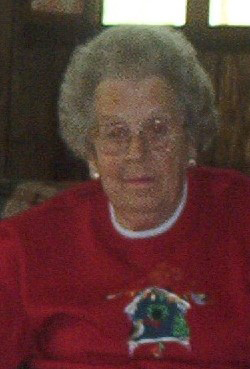 Ruth Hazel Benner, 97, passed away peacefully at Cove’s Edge in Damariscotta on April 10, 2020.

Ruth was born Oct. 9, 1922 in Union, a daughter of the late Everett and Lucy Miller Clarry. She grew up in Union and attended local schools. In 1941 Ruth married Reinald Benner, and they made their home in Jefferson.

In 1944, Reinald served in the U.S. Army and was injured in the war. He returned to the United States, stationed in New Jersey, to recover from his injuries. During his recovery, Ruth stayed with him as much as she could to help take care of him. After returning to Jefferson they had their daughter, Nancy, and in December, they moved into their new home. She helped work on the family chicken farm and enjoyed working in the gardens. She and Reinald were able to take a trip to Europe which she so enjoyed. After retirement, they wintered in Florida.

Ruth was a lifetime member of the Lakeview Chapter #179 OES of Jefferson.

She was predeceased by her parents; husband; daughter, Nancy Billing; and sister, Dorothy Boothbay.

She is survived by her grandson, Mark Billing of Jefferson; nephew, Sterling Boardman of New Hampshire; and niece, Susan Brown of New Hampshire. She also leaves behind several cousins and many friends.

A graveside service for Ruth will be held at a date and time to be announced at the Lakeview Cemetery in Jefferson.