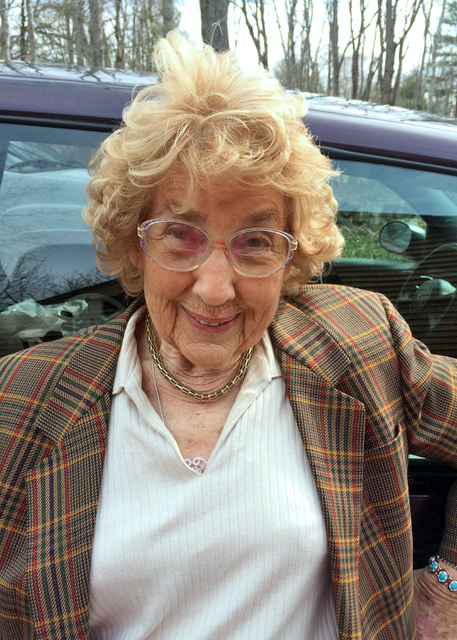 Sally D. Goodsell, 84, wife of the late James H. Goodsell, passed away at the Lincoln Home on July 20.

Born in Elmira, N.Y. on July 14, 1933, she was the daughter of Doris A. and Robert E. Slayton. She lived in Paris, France for three years with her family in the early 1950s, where she completed her high school education and travelled throughout Europe with her family.

Upon returning to the U.S., she attended Centennary Junior College in Hacketstown, N.J. Mrs. Goodsell and her husband moved from Connecticut to Maine in 1966, where they bought and operated Shaw’s Book Store in Bath. After that, they started Goodsell Church Goods Company, and in 1994 added another business, Mainebows Bow Ties.

In 1985, she and her husband bought property in Nobleboro, cleared their land themselves, and had a house built, where they lived for many years. Sally loved golf, gardening, animals and needlework.

Besides her parents, she was predeceased by her husband, James Goodsell in 2012.

Funeral services will be private.