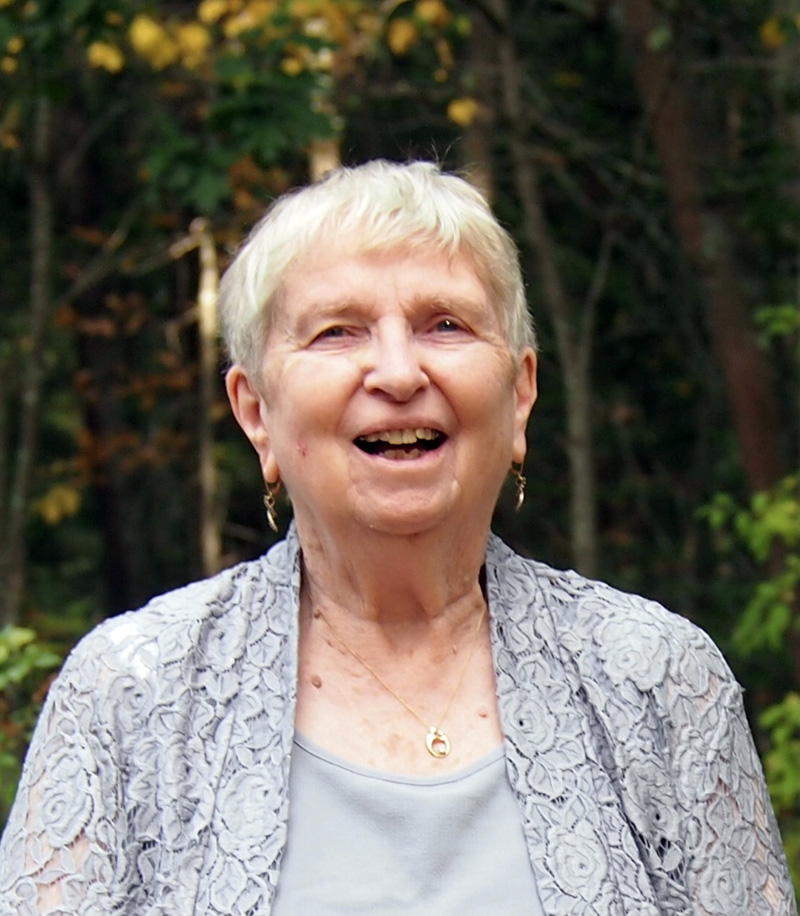 Sandra S. Crehore, 85, of Westport Island, died of natural causes rather suddenly late Sept. 30, 2021. Her children were together and she was calm and comfortable.

Sandra was born in Bristol, Conn., on April 1, 1936, to Allan B. and Helen Benner Smith. She grew up in Bristol and Mansfield, Conn., graduating from Windham High School in 1953. In 1958, she married Benjamin F. Crehore III and together they raised three children, a son and two daughters. Her marriage with Ben was 54 years strong until his sudden death of natural causes in 2012. In 2016, she reconnected with her high school sweetheart, Walter Bub of Olympia, Wash., and they married in 2017.

Sandra entered the University of Connecticut in the fall of 1953; she graduated from Eastern Connecticut State in 1966 with a degree in elementary education. In between, she married; moved to Vermont and back to Connecticut with her husband; had a baby boy; raised him and cared for her family while taking college courses at night; sent her “baby” to first grade and started college again full time; and took her final exam for graduation two days before the birth of their second child. Their third child was born in early 1968.

She tells the story of being an older student with 18 year olds in college. She had to take Methods of Teaching Physical Education – the boys did not know what to do with the 29-year-old married pregnant woman during compulsory square dancing!

The family moved to Litchfield, then Topsham, and in 1983 to Westport Island where they have resided ever since.

Sandra was the backbone of the family and actively involved in her community. She was intelligent, thoughtful in her communications, keeper of all facts, and a force to be reckoned with. If something needed doing, she could do it. If a conversation was happening, she wanted in.

She was an educator at heart, teaching math and English; serving on school boards; tutoring; and holding numerous leadership roles in the Maine Education Association Retired and Lincoln County Retired Educators. For Westport Island, she served as deputy town clerk and deputy registrar and was a member of the planning board and school committee. She loved assisting with elections.

She also enjoyed knitting; sewing; mahjong; golf; boating; and attending the hundreds of sporting, musical and school events of her children and grandchildren.

In addition to her husband Walt, she is survived by her three children of whom she was very proud, Benjamin F. Crehore IV, a retired naval officer, and his wife Ronabelle Mobe Crehore of Michigan; Kirsten LC Figueroa and her husband Douglas Birgfeld III of Gardiner; and Karen S. Thomas of Michigan.

She is also survived by four grandchildren whom she considered her greatest blessings, Bryce T. And Emily S. Thomas of Michigan; Samuel T. Figueroa of Gardiner, and Daenerys B. Crehore of Michigan; a sister Susan Smith of Brunswick; a brother Joseph A. MacDougald and his wife Lisa of Madison, Conn.; a brother-in-law Bruce DeWyk of Lakewood, Colo.; nieces, nephews and cousins in Maine, Colorado, Connecticut, Rhode Island, Utah and Japan, and many friends and fellow hobbyists, board members and collaborators.

A tribute to Sandra will be scheduled at a later date.

In lieu of flowers, donations may be made to the Westport Community Association, 6 Fowles Point Road, Westport Island, ME 04578. To leave a note or share a memory, please visit brackettfh.com.