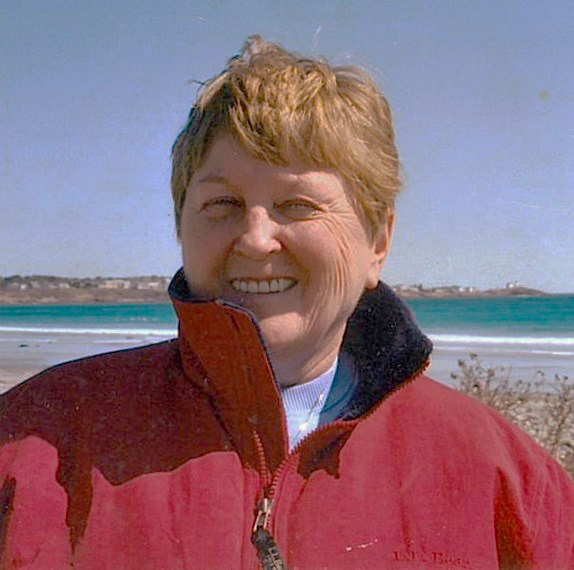 Sara (aka as Sally to some) E. (Brewer) Frizzell 76, of Boothbay Harbor, passed away peacefully on Sept. 4, 2019 after a five-year battle with cancer. She was born to Waldo Brewer and Alice Lewis Brewer. She grew up in Boothbay Harbor, and graduated with the Class of 1961.

After graduation, she worked as a meat cutter at the First National until she relocated to Massachusetts with her children. Upon her return to Boothbay Harbor in 1999, she returned to her roots at the deli to what is now known as Hannaford. She retired from Hannaford in 2014.

“Mamma Gadget” (as affectionately known to some) was a hard worker, self-sufficient and she would try anything. If she couldn’t fix it; she certainly would break out one of her gadgets and give it her all.

She was generous, easy-going, and cared deeply for her family and friends. Sara would help anyone in need. She always made sure her children and grandchildren never went without, especially at Christmas.

Sara was a huge Patriots fan. If they were playing, she was watching. She showed her pride by collecting their championship hats, sweatshirts and other memorabilia.

Sara was predeceased by her parents; and her sister, Sharon Rice.

A memorial service will be held on Tuesday, Sept. 10 at 11 a.m. at Hall Funeral Home and Tribute Center, 975 Wiscasset Road., Boothbay. Al Roberts will officiate.