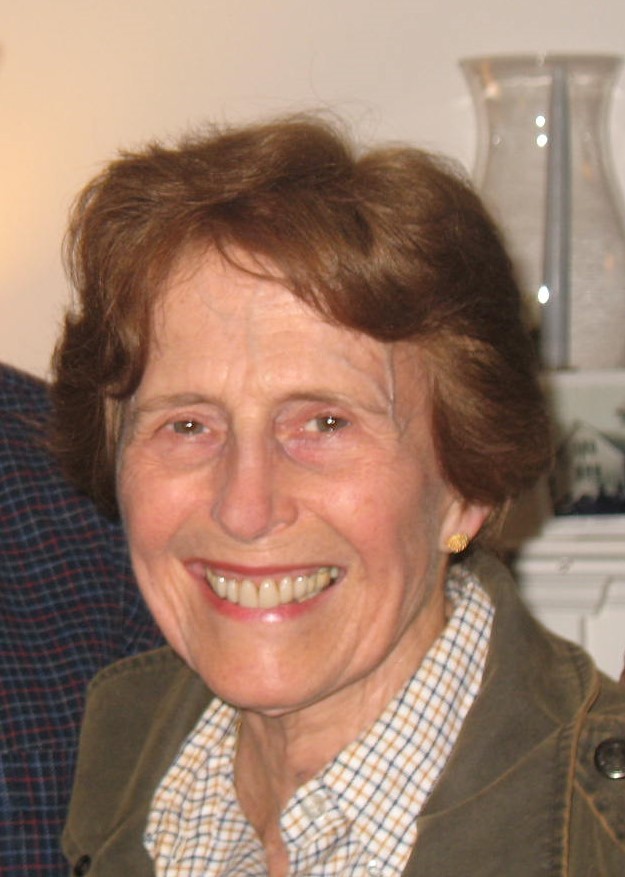 Artist Sarah “Sally” Everett Prochownik died Aug. 9, 2022 at her home in Peterborough, New Hampshire, where she had lived since 2015. A longtime resident of Buffalo, N.Y., Sarah was a prolific painter whose work appeared in numerous group exhibitions in the Buffalo area, as well as in a show of her work alongside that of her husband, Walter Prochownik, and a solo exhibition, “Sarah Prochownik: A Life in the Arts.”

Sarah Everett was born July 27, 1935, in Stamford, Conn., to Richard Everett Jr., and Gertrude (Perkins) Everett. She graduated from the Low-Heywood School (now The King School) in Stamford and earned a B.A. in art history from Smith College in Northampton, Mass. After marrying and living for four years in Southern California, she settled in Orchard Park, N.Y., with her family, where she founded and served on the board of directors as president of FISH, a crisis service with over 90 volunteers assisting people ineligible for agency help. She also worked as art director for the Orchard Park Suburban Press.

In 1984, Sarah earned an MFA in painting from the State University of New York at Buffalo. In 1991, she married Walter Prochownik, who died in 2000. From 1985 to 1997, she was the library artist at the Central Library of the Buffalo & Erie County Public Library, designing ever-changing thematic displays that were used throughout the library system.

Before and after her retirement, Sarah continued to paint. Her early work, often depictions of crowds in turmoil, such as protests for social justice in South Africa during apartheid, evolved into her “On the Wing” series, which she described as representations of “the exhilaration of soaring, the immediacy of action, and the calls and the cries” of birds in flight. A devoted gardener, she found inspiration in the colors of nature and in the Atlantic Ocean, where she spent many summers at her parents’ home on Louds Island, Maine. Sarah also traveled widely, visiting Europe, Asia, Africa, and Antarctica. Throughout her career, inspired by life’s continual motion and emotion, she used “bold colors and quick gestural strokes” to express her love of wild creatures and their passionate movement through the world. At 5’3” (once dubbed “The Mighty Atom” by a family member), she was known for her effervescent enthusiasm, kind heart, and radiant smile. She also enjoyed reading, cooking, and spending time with her grandchildren.

A memorial service will be held at 10 a.m. on Saturday, Oct. 15 at The Little Brown Church in Round Pond, followed by a private burial service on Loud’s Island.

In lieu of flowers, the family requests donations to Buffalo Arts Studio at buffaloartsstudio.org; or Planned Parenthood at weareplannedparenthood.org.