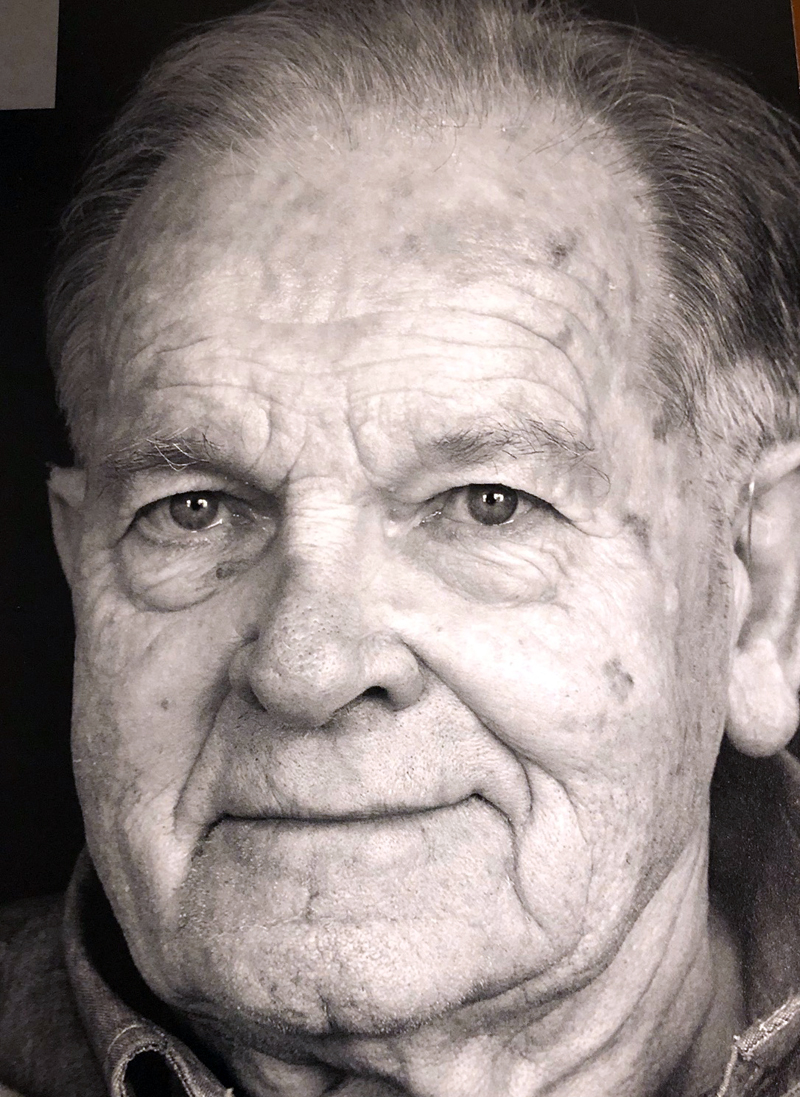 He was born on Sept. 10, 1930, in Skowhegan, son of George Washington Fairfield Sr. and Daisy (House) Fairfield. He graduated from Wiscasset Academy and Wagner School of Art in Boston, Mass. He married Marguerite (Bailey) Fairfield in 1960.

Schuyler owned and operated Fairfield of Wiscasset Signs, serving the Midcoast area for over 55 years. Schuyler’s work over six decades left his imprint across Maine in the thousands of custom-made signs he created that often reflected the changing landscape of the times. From the early years of billboards to the more modern era of computer graphics, Schuyler strove to keep up with the evolving technologies related to his craft in order to remain competitive. Customer service was a paramount part of his business and he worked hard to ensure each customer’s satisfaction was met. Schuyler’s work could be seen on the backs of local lobster boats as well as luxury yachts, the side doors of trucks, and on the thousands of signs that he made for local businesses and communities across the area. Many of these signs remain today across midcoast Maine.

For his work and long standing and dedication to the Wiscasset community, he was awarded the “Business Recognition Award” by Wiscasset in 2012. One of Schuyler’s more recognizable signs is the “Welcome to Wiscasset: The Prettiest Village in Maine” sign, seen by thousands of motorists on Route 1 each year. It is fitting that it was one of the last signs produced, with the help of his daughter and grandson, before he retired and closed Fairfield Signs. He worked well into his 80s before retiring in 2016.

Besides being a strong member of the business community, Schuyler and his wife Marguerite raised their family in Wiscasset where he was quite active in the community. He served for over 30 years as Sign Control Officer. He was a founding member of the Wiscasset Yacht Club, Wiscasset Area Lions Club, Wiscasset Community Theater; a Mason (Lincoln Lodge #3), and served as a school trustee for the Wiscasset schools. Besides his work in the sign industry, Schuyler was also a talented artist and regularly showed his paintings at the Maine Art Gallery in Wiscasset.

From late 2017 to early 2022, Schuyler lived at Chase Point Assisted Living in Damariscotta before being transferred to Cove’s Edge Long-Term Care. In 2020, he was nominated by Chase Point and selected to be honored at the Remember Me Photography Exhibit & Recognition Ceremony. While the ceremony was canceled due to the pandemic, he was one of only 37 residents of assisted living and long-term care facilities statewide to be selected for this lifetime achievement award.

Visiting hours will be from 2-4 p.m. and 6-8 p.m. on Friday, Nov. 25 at Daigle Funeral Home in Bath (and a Masonic service will start at 7 p.m. at same location). A celebration of Schuyler’ life will be at 2 p.m. on Saturday, Nov. 26 at the First Congregational Church of Wiscasset. A gathering of family and friends will follow at the church fellowship hall. Burial will be at the Alna Cemetery at a private ceremony on a later date.

Memorial contributions may be made to Beacon Hospice of Maine or Cove’s Edge of Damariscotta – Activities Fund. Condolences may be made online at daiglefuneralhome.com.