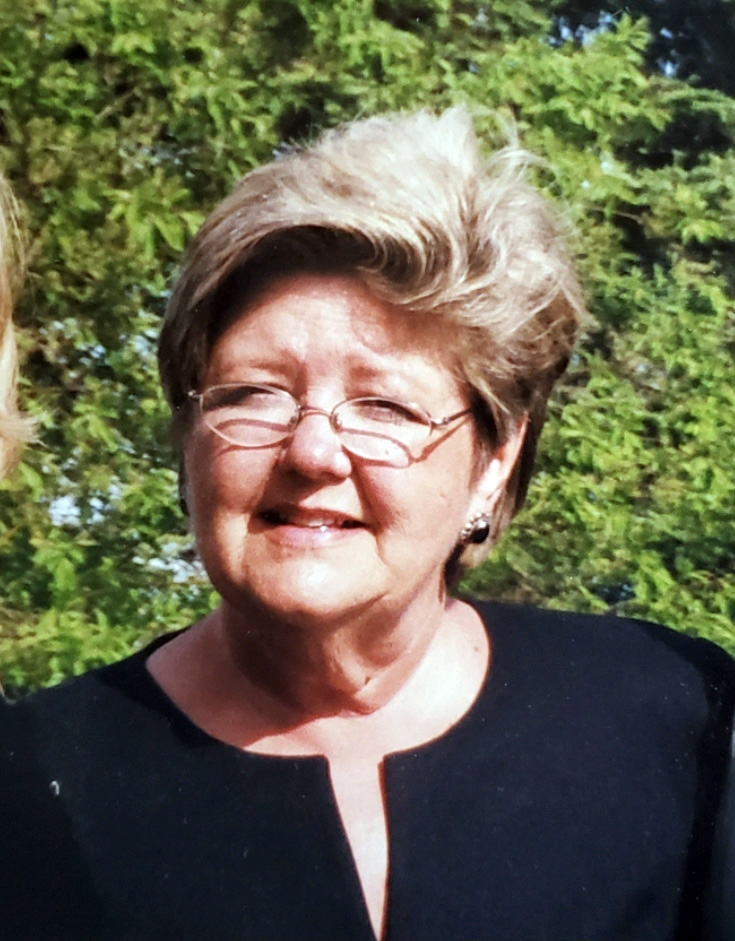 Sharon’s journey home to God and to be with her husband ended after battling a long illness while passing at home with all her children by her side.

She was born in Bath on Nov. 9, 1945, a daughter of Alvin Stanley and Marjolaine (Harvey) Morris.

Sharon graduated from Wiscasset High School in 1964 and married Herbert A. Simpson on July 18, 1964. She was employed at Sylvania in Waldoboro until she and Herb started a construction business expanding into Herb Simpson Pools and then adding Montsweag Reality in Woolwich until Herb passed in 1984.

In 1983 due to Herb’s illness, Sharon went to work at the Lincoln County Courthouse where she worked as a secretary. There she grew her love for her work and the court system. In late 1990s she became clerk of Superior Court. She also became a member of the Lincoln County Courthouse Historical Committee, where she led the designs for updating the courtroom; it’s oldest used courtroom to this day. During that time, she with her daughter Teresa designed the clerk’s bench which is still in use today.

In the early 2000s the Maine State Judicial System combined courts and Sharon then became the clerk of both District and Superior Courts; another job that she so proudly served for many years until her retirement in 2008.

Sharon was a member of the Congregational Church of Wiscasset, as well as the Wiscasset Female Charitable Society. She also received dedications for service from the Maine Judicial Branch and the Lincoln County Bar Association. She worked with many well-respected judges and justices, clerks of courts, court reporters, as well as attorneys from many counties. She always had a great respect and love for being a clerk of the Lincoln County Courts and had the pleasure of working with them all.

Sharon loved watching her family enjoying summer days by her swimming pool. Watching her grandchildren ride behind her John Deere tractor while working in her gardens was another favorite pastime. The holidays were especially meaningful for her, always keeping the spirit of Christmas.

She is predeceased by her husband, Herbert A. Simpson on Feb. 19, 1984; and one brother, Richard Morris.

She is survived by two daughters, Marci-Ann Reed and her husband Kent of Wiscasset, and Teresa M. Simpson of Dresden; two grandchildren, Meghan M. Reed and Zachary Reed; one great-grandchild, Kyzer M. Reed; one sister, Katheryn King of Wiscasset; two aunts, Geraldine (Harvey) Edgerly of Woolwich, and Gloria (Harvey) Dow of Wiscasset; and many nieces, nephews and dear friends.

CHANS Home Health & Hospice over the past many years have been there helping Sharon and Teresa as well as all of her dear caregivers that had become part of her extended family.

Due to the recent CDC’s recommendations of limited gatherings, a celebration of life will be held at a later date and will be announced as soon as possible. A private burial will be followed at the Woodlawn cemetery in Wiscasset.

Memorial contributions may be made to Help Yourself Shelf Food Pantry c/o St. Philip’s Episcopal Church, 12 Hodge St. Wiscasset, ME 04578, who did so much for Sharon in the last few months; the First Congregational Church of Wiscasset, PO Box 350, Wiscasset, ME 04578; or Midcoast Humane, 190 Pleasant St., Brunswick, ME 04011, as Sharon had a special love of animals.