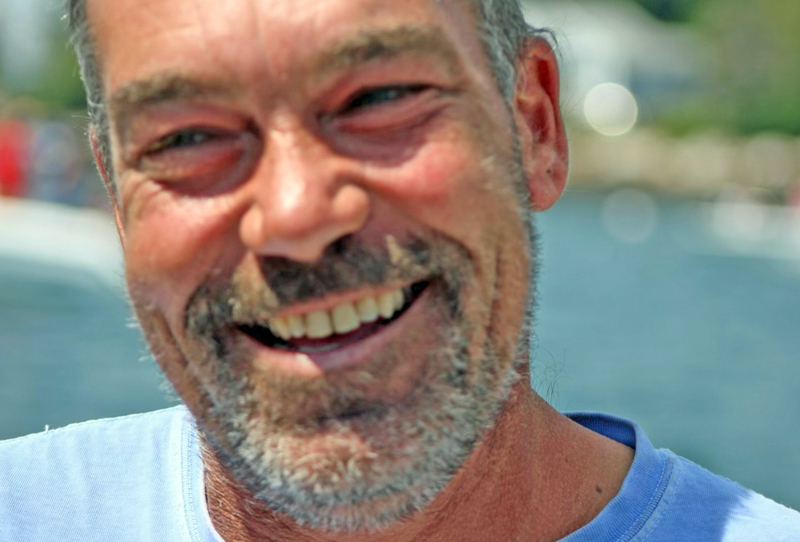 Shawn Christopher Cowan, age 49, of New Harbor, lost his courageous two-and-a-half-year battle with cancer in the early morning hours of Nov. 14, 2021. He passed away peacefully, in his home, surrounded by his family and loved ones.

Shawn was born on March 21, 1972, the son of Martha (Reilly) Worthley of Bremen and David Cowan of New Harbor. As a young child, Shawn lived in Jefferson where he attended Jefferson Elementary School through the fourth grade, he and his family moved to New Harbor in 1981 and finished elementary / middle school at Bristol Consolidated School. Shawn was a graduate of Lincoln Academy, Class of 1990, and continued his education at Washington County Technical College where he graduated, Class of 1991, as a certified diesel mechanic.

As a child, Shawn loved mackerel fishing from his uncles’ docks, collecting sea lavender with his sister Carrie, and camping with his family. He spent a great deal of time with his grandfather “Wid,” grandmother Velma and his uncles Michael and Willey, where he fell in love with the fishing and lobstering industries. As a teenager, Shawn enjoyed ice fishing and hunting with his father David. From the time Shawn was a young child, he loved to tinker on things, taking things apart and attempting to “figure out how it works” and putting them back together. As he got older Shawn was a “Jack-of-all-trades”; a craftsman for sure. Shawn built several woodworking projects, could repair a fiberglass boat or build a skiff in a matter of days, and could tear down and rebuild an engine with ease. Shawn was well known for his mechanical skills with many in the local lobstering community, knocking at his door needing some assistance, he was always happy to help.

He enjoyed boat races and mackerel fishing with his wife, kids and their family. Shawn was strong and independent, stubborn as anything, but he had a great sense of humor, was loving, caring, kind, and compassionate. Shawn ultimately chose a lifelong career as a lobsterman, held licenses in many areas of the industry from lobstering, shrimping, tuna fishing, elver fishing, urchin dragging and worked in seafood processing for years.

In April of 1995, Shawn married his wife April, becoming a devoted husband and shortly after, his journey as a devoted father of five began. Shawn worked extremely hard to provide for his family, made huge sacrifices and always put everyone else first. He was a member of a close-knit community; he was loved and cared for by so many who knew him.

The family would like to extend their thanks to the kind and loving staff at New England Cancer Specialists in Topsham, and Shawn’s nieces Breanna York and Danika Hill for their loving care at home.

There will be a private service for his family at a later date. In lieu of flowers, donations may be made to benefit Shawn’s young daughters, Ariel and Hannah Cowan. Checks can be made payable to Sheila McLain, ℅ Bangor Savings Bank, PO Box 175, New Harbor, ME 04554.