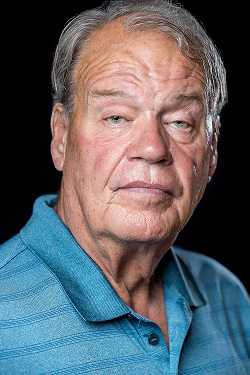 Stephen J. Curtis, aged 75, of Madbury, N.H. and Nobleboro, passed away at Massachusetts General Hospital on Oct. 24, 2021, following a period of failing health.

Stephen is survived by his loving wife of 50 years, Bridget (Craig) Curtis, born in Eastbourne, England. He was a loving father of David of Boston, Mass., and Nicolas and his wife Patti of Hampton, N.H., and adoring grandfather of Timothy, Kaitlyn, and William of Hampton, N.H. He leaves behind a sister, Ellen Stone of Merrimack, N.H., as well as wonderful cousins and many close friends.

Steve graduated from Danvers High School in 1964 and Bentley University in 1968. Steve continued later to get his MBA from the University of New Hampshire in 1976. He worked for accounting and recruiting firms in Boston, Mass., and Portland prior to finding his true calling, owning his own executive recruiting firm. He retired 10 years ago to follow his dreams of building a summer home on their land in Nobleboro, as well as having endless time for golfing and traveling with his wife.

Steve had a love for helping people. He would connect with anyone he could and engage in his favorite hobby of banter and debate. Steve devoted his life to helping people and coaching them to be better. He enjoyed chatting with anyone that would lend an ear. Steve always had weekly calls with his friends and his sons to catch up and discuss the week’s events.

Steve had many passions in life which included traveling, golf, summering in Nobleboro, as well as volunteering in his free time through many different UNH mentorship programs. He also had a love for all things sports, whether it was college hockey, the New England Patriots, the Boston Bruins, or the grandkids playing t-ball and soccer. He enjoyed being a spectator. He loved attending UNH Hockey games for many years and was season ticket holder for over 30 years.

Steve will be sorely missed by his many friends. In accordance with his wishes, there will be a celebration of life held in the spring.