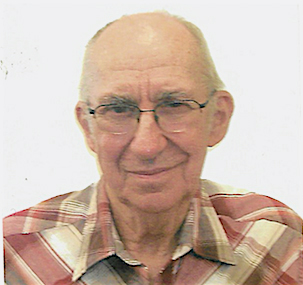 He was born in Bath on Aug. 9, 1940, the son of Arthur H. and Lois E. (Reed) Allen. He attended a one-room schoolhouse in Days Ferry, then Woolwich Central School and graduated from Morse High School class of 1958. He married the love of his life Peggy Lamson of Edgecomb in 1960 whom he had known his entire life. They were happily married for over 58 years. Stephen worked at Bath Iron Works as a pipefitter, M&R Giles in Edgecomb, and Dick Holbrook and Sons Excavation in Woolwich.

Stephen loved telling stories of his life, of which he had many. He was a kind man who would give the shirt off his back to help others. He could do, build, make or fix anything. Stephen built a beautiful log cabin and a gorgeous stone chimney, using logs and stones from his own land, in which he and Peggy lived after his retirement.

Stephen is predeceased by his parents; brother, David; and niece, Paula Hersom.

Stephen is survived by his wife of 58 years, Peggy; daughter, Stephanie of Woolwich; grandchildren, Chelsea, Emily and husband Justin, Stephen and girlfriend Mina; great-granddaughters, Sophia and Sydney; nephew and nieces, Allen, Susan, Julie and their families; dear friends, Henry, Betsey, and Hank; and sister and brother-in-law.