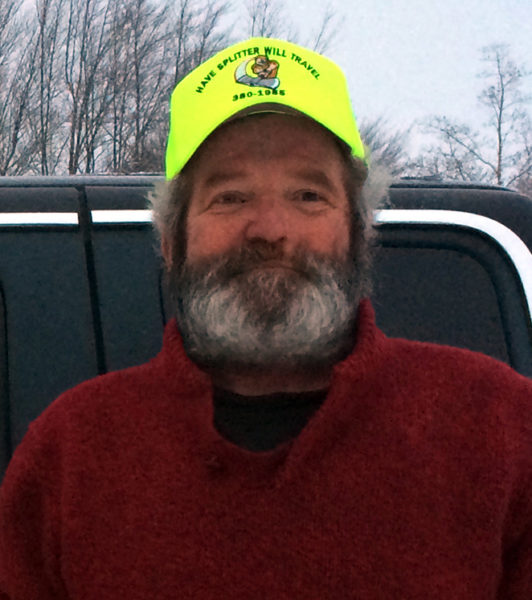 Stephen W. Gracie, 61, of Bremen, passed away Feb. 15 at his home surrounded by his family. He was born July 14, 1955 in South Hope, the son of Stanley Allen and Lottie (Whitney) Gracie.

He attended Medomak Valley High School and earned his GED from Rockland Adult Education. He was employed for 17 years as an over-the-road driver for Hartt Transportation, and owned his own business Have Splitter Will Travel, cutting and splitting firewood, his greatest passion. He had a great love for his dogs, Heyyou and Hector, who went with him every night to McDonald’s for milkshakes.

Steve was a very helpful and caring person. He had a very good sense of humor. He enjoyed being outside, liked traveling, especially to Pennsylvania in Lancaster County. He did everything he wanted to do in life. He said he had a full life.

He is survived by his significant other, Deborah Libby of Bremen; daughters, Stephanie Lunt and husband Brian of Waldo, Belinda Shorey and husband Sam of Belmont, and Tammy Stewart and husband Randy of Thorndike; sister, Sylvia Luce and husband Dennis of Sidney; brother, Jeff Gracie and wife Becky of Washington; nine grandchildren; sister-in-law, Flame Gracie of Jefferson; and several nieces, nephews, and cousins.

A celebration of life will be held at a later date at the convenience of the family.

In lieu of flowers, friends wishing may make donations in Stephen’s memory to the Dean Snell Cancer Foundation, PO Box 104, Brunswick, ME 04011.