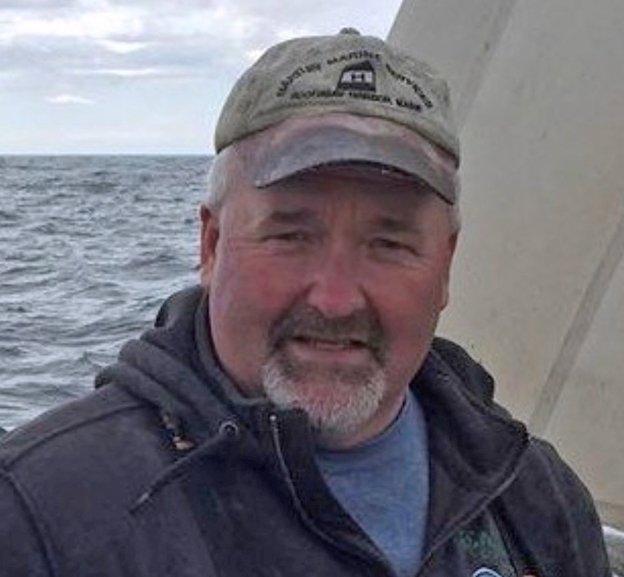 Stephen Witwicki, 58, of Boothbay, passed away peacefully at his home on Thursday, Oct. 7, 2021, surrounded by his loving family and friends after a courageous battle with pancreatic cancer. Steve was born in Danvers, Mass., on May 4, 1963, the son of David and Jacqueline (Litchfield) Witwicki.

Steve grew up in Peabody and Danvers and attended Essex Agricultural School in Danvers. The sea called to him at an early age and after leaving high school, he began his career on the water. There wasn’t a commercial fishing job he didn’t do, but lobstering was his calling. He owned his own boat, which he named Pearl, and worked for himself, as well as working for Shafmasters out of Portsmouth, N.H., on and off for many years. If a there was a job on the water, Steve wanted it. Steve even went swordfishing out of Gloucester, Mass., on the Hannah Boden, the sister vessel of the Andrea Gail which was the boat the book/movie, “The Perfect Storm,” was based on, but his true fishing passion and favorite hobby was tuna and halibut fishing. Steve also spent time working for Hartley Marine, Cashman Dredging.

When he wasn’t on the water, Steve enjoyed spending time with his family, hunting in the fall, ice fishing during the winter, gardening in the summer, and grilling year round. He was a hard worker and would do anything he could for his kids. He loved being a dad and wouldn’t trade it for the world and was over the moon when he became a grandfather and had a little boy to spoil.

Steve looked forward to his annual trip to Rangeley and Jackman for fishing and camping with his brothers. Steve loved animals and enjoyed raising farm animals, golden retrievers, and even raised a raccoon named Taz when he was a teen. Steve was loved by all that met him and will be sadly missed.

Steve was predeceased by his mother, Jacqueline Witwicki and survived by his father, David Witwicki of Bowdoin; daughters, Lauren Witwicki, of Boothbay Harbor, Lindsay Witwicki and her husband, Nikolas Ames, of Whitefield, Caroline Witwicki, of East Boothbay, and Hannah Witwicki, of East Boothbay; grandson, Sailor Jo, of Boothbay; companion, Laura Hughes, of Southport; brothers, Chuck Witwicki and his wife, Terri of Danvers, Mass., Peter Witwicki of Bristol, and Chip Witwicki and his wife, Heather, of Bowdoin; sister, Donna Mambuca and her husband, Steven of Laconia, N.H.; mother of his children, Mary Witwicki; and several nieces and nephews.

A boat parade and celebration of life will be held in June, once tuna season opens. Steve’s family will make the announcement at a later date.

You are invited to share your memories and condolences with the family by visiting their book of memories page at hallfuneralhomes.com.