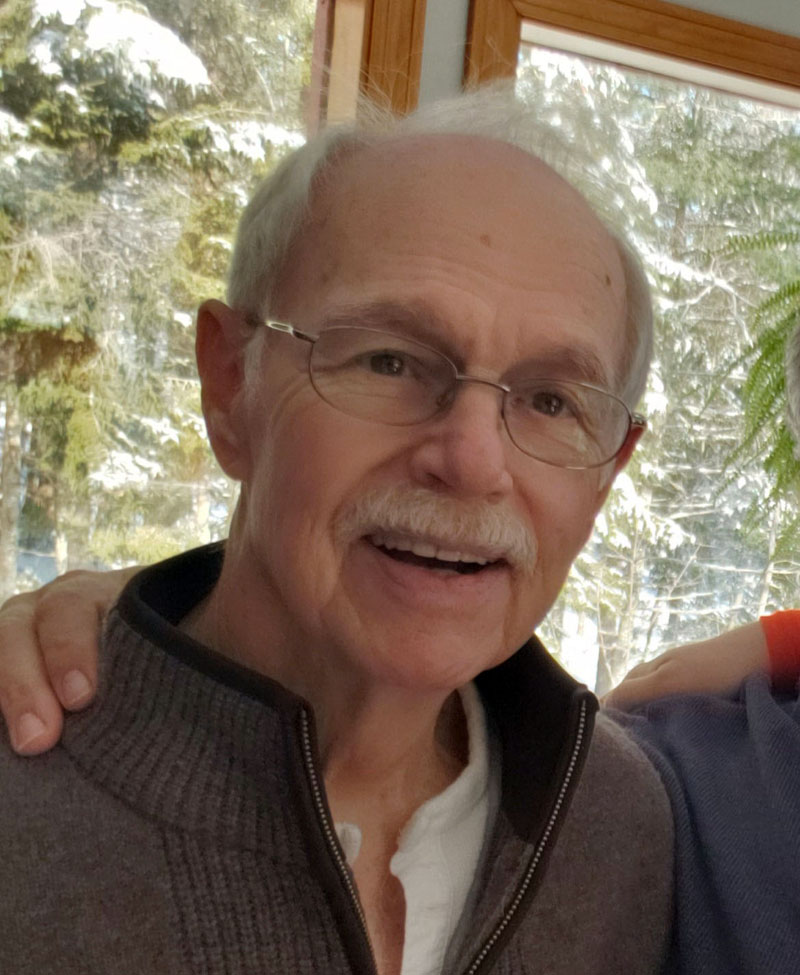 Beloved by many, Steve Mehrl, of Wiscasset, passed away at home on March 1, 2021 after a long battle with mesothelioma.

Named after his father, but better known as just Steve, he was the youngest child born to Stefan and Ruby Mehrl. Born in the summer of 1944, Steve grew up with two older siblings: Martin and Caroline. His mother was a homemaker for her three children, while his father held various occupations to support his family. He would reminisce fondly of his childhood helping his grandmother on her flower farm and with her roadside stand. This experience helped Steve develop a lifelong love of gardening, which he shared later in life with his beloved wife, Joy. He also developed a great sense of community while he worked at other family farms and auto garages.

As Steve grew into adulthood, the allure to see the world beckoned him. He decided to join the Navy along with his older brother. That decision proved to be pivotal in his life. While in the Navy, he discovered not just one, but two careers he loved, which led to 52 years total of service to the government. It was also during his time in the Navy when Steve found the love of his life, Joy. They met in a dance hall in 1964 and quickly became inseparable. After a whirlwind romance, they married in 1965 and welcomed their two children into the world, Steve and Gina. Together, their family traveled the country due to the nature of Steve’s enlistment with the Navy.

As Steve prepared for retirement from the military, they decided together to settle permanently in Wiscasset, where they built their dream home. Being settled in Wiscasset, his sense of community really came to the fore. He volunteered for town committees, invested, and supported the local small businesses, and always tried to do what was best for everyone around him. Steve was a good neighbor in all seasons: helping clear snow from his street in the winter and mowing the sides of the road in the summer. He took pride in his town.

“Be careful what you ask me and be sure you really want to hear the answer.” That phrase was often said by Steve. He was honest to a fault, sometimes to the detriment of others. However, he was truly kindhearted and was always the first to admit his faults. He instilled many of these amazing qualities into his children and grandchildren. He was always the first to support anyone in his family and ask the hard questions to prepare them for the harsher realities of life.

He joins his beloved Joy, who passed away last year. Though he did not like talking about the death of loved ones, he instead preferred to keep their memories alive by sharing stories. Keeping Steve’s memory alive are his children, Steve (Cathy) and Gina; his grandchildren, Katie (Cory), Heather (Mitch), Logan (Jocelyn), Laura (Alex), Alex (Nichelle), and Ali (Danielle); as well as his great-grandchildren, Emily, Zelda, Kairi, Emeris, Aria, Makenzie, and Ian.

A gathering for Steve will be held from 1-3 p.m. on Sunday, March 14 with military honors at 2 p.m. at Daigle Funeral Home, 819 High St., Bath. Due to COVID-19, masks and social distancing will be required.

In lieu of flowers, memorial contributions may be made to Mid Coast Hospital, Intensive Care Unit, P.O. Box 279, Brunswick, ME 04011. Condolences may be made online at daiglefuneralhome.com.