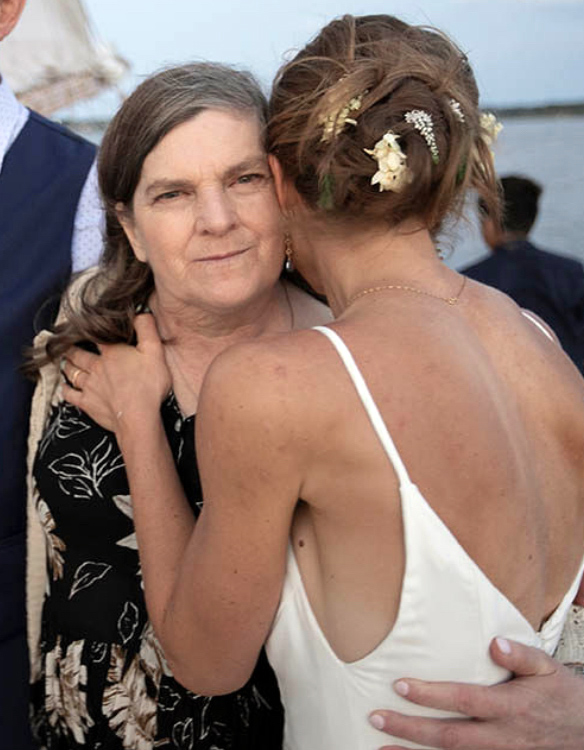 Susan Esther Schofield passed away on Dec. 3, 2020 in Portland with family by her side. She was born Jan. 3, 1957 in Rockville, Conn. The daughter of Robert Francis and Esther Louise Ludwig Schofield, Susan lived most of her life in Maine but traveled and lived throughout the United States and in Mexico.

Growing up, Susan was bright, inquisitive, and mature beyond her years. As a teenager she was often comfortable in sharing her views with those older than her and appreciated true open-minded thinking. She had a witty, sharp sense of humor she maintained even through the final days of her illness. She loved music and always had the radio on.

She was curious about mechanics and even constructed a working clock at age 11.

As a young adult Susan was talented, fiercely independent, and an adventurous Jill-of-all-trades. Her resume included running a general store with her parents, managing an estate down on Bailey Island, and working as a cook on a fishing trawler off the coast of Maine. She later attended culinary school and held a number of jobs as a personal chef as well as worked in many restaurants. She was a gifted watercolorist and draughtsman. A lover of the outdoors and being active in it, Susan once swam across the Bay of Fundy and would bike through the Rocky Mountains while living in Colorado. She would also bike from Brunswick to South Bristol and back in a single day to spend the afternoon with her daughter, Maryellen.

Susan loved the coast of Maine. Wiscasset is where she made her home and where she raised Maryellen and her stepdaughter, Foxfire, with their father, Bryan Buck. Susan embodied the depth of love only a mother can possess.

She was boundlessly dedicated and loving. Her home was always a welcoming place for the girls. She hosted countless birthday parties, special occasions, and meals planned out with love. Susan supported and encouraged Maryellen and Foxfire’s many gifts and talents. The walls of her home were a testament to the love and pride she had for Maryellen with her numerous photos and awards hung on every wall.

Susan was also a kind and generous neighbor. She welcomed friends and family into her home for coffee and conversation. She frequently gifted homemade baked goods and hand-knit items to those she loved or those in need.

A staple of her community, neighbors would often see her walking through town or out to Shaw’s for a grocery shopping trip or across the bridge to Edgecomb. Susan loved to admire the neighborhood gardens and feed the ducks and swans at the little pond on High Street on her many walks around town.

Having a purpose beyond herself and raising her daughters was important to Susan. She volunteered at St. Philip’s Episcopal Church in both the Bargain Basement and the weekly food pantry. She was very dedicated to helping her community in small but meaningful ways. Susan was humble and generous; she thought of others before herself.

She was appreciative of anything she was given and always expressed her gratitude. Susan was a wonderful mother, daughter, sister, aunt, and neighbor and understood the meaning of true charity.

A memorial picnic in Susan’s honor will be held on Saturday, July 10 at 2 p.m. at Fort Eddy in Edgecomb. Bring a picnic lunch to enjoy with friends and family. In the event of rain, the service will be held at St. Philip’s Episcopal Church Parish Hall, located at 12 Hodge St. in Wiscasset.

In lieu of flowers, donations may be made to the St. Philip’s Episcopal Church food pantry or Bargain Basement, 12 Hodge St., Wiscasset, ME 04578.