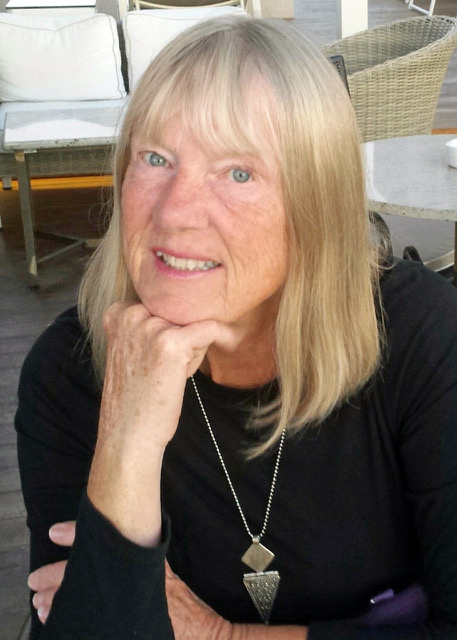 Susan Raymond Andrew, 72, of Pemaquid, lost her battle with cancer after a valiant fight on June 20, 2020. Born in Waterville in 1947, Susan was the daughter of Horace and Alberta (Parker) Raymond.

Susan met her husband, Wayne, in December 1967 and they married six months later in June, after her graduation from Westbrook Junior College. She passed away just shy of their 53rd anniversary. She had two children, Darcy and Jeremy, who attribute their success in life to her drive and encouragement. While raising them, she returned to college for an additional degree in children’s literature, and she started and ran a couple of businesses, teaching them entrepreneurship and perseverance. She was an artist, antique dealer, home designer and renovator, published cartoonist, and more. She raised her kids, all while moving over 20 times around the U.S., renovating homes at each stop, including one home designed and built from scratch. She managed to inspire everyone with her ability to quickly adapt and find meaningful ways to use her artistic talent wherever she landed.

She opened an antique shop which she ran successfully for many years. After one interstate move, she started a business creating gourmet gift baskets from North Carolina, all packed lovingly in artistic bags designed by her, and shipped around the country. She designed coffee cup sleeves with whimsical characters that were sold at coffee shops nationwide and had her artwork published in numerous publications for her employers in Chapel Hill. She also found time to raise puppies for the Guiding Eyes for the Blind program.

Throughout her life, one of her driving forces was her passion for travel. Susan got her passport as soon as she left home and began her adventures with her family across nearly 80 countries and all 50 states. She lived in seven different states, including states on opposite coasts. She quickly realized that traveling is only the first step in really understanding the world, and while everyone else was settling into their midlife careers, she chose a different path. Together with her husband, she uprooted everything and joined the Peace Corps in Central America for three years, during the 9/11 turmoil, where she worked with local women on developing their local crafts and getting them to market, and teaching English as a second language.

While words cannot capture her contributions throughout her life, one example during her Peace Corps experience that illuminates her artistic ability, environmentalism, compassion, and spirit of adventure, was a village project she spearheaded to help control the rampant trash problem, causing issues with rodents, snakes, and disease. She had local children design pictures with animals native to Central America and had large cans brought in and placed around local communities. The children then painted their artwork on the cans, and residents learned that keeping garbage contained in these cans helped control their rodent and pest problems. She designed and distributed T-shirts and calendars to help publicize the project and teach residents the benefits of using the beautified trash cans. The project was such a success that it attracted the attention of the president and other schools even bused in their students to learn about the receptacles and take the concept back to their villages.

After returning home, she continued to teach English as a second language, renovate houses, and after a few years, she decided to spend a few months in Africa volunteering with several women’s groups in Uganda and later in Zambia. During this time, she and her husband enjoyed extraordinary experiences like hiking four hours into the jungle to sit within 6 feet of silverback gorillas.

Ambitious, beautiful, smart, loving, strong, influential, witty, artistic, creative, voracious reader, entrepreneur, and amazing are just a few of the words that best described Susan. She was vibrant and lived life to the fullest, right until the end. Just after finishing her chemotherapy, she spent Christmas in Bethlehem after a meaningful trip to Israel and Jordan. She came home to find that cancer had returned. Instead of giving up, just a few months before she passed, she took her last trip of a lifetime, dune buggying over the sand dunes of the Skeleton Coast in Namibia and soaking in gorgeous animals on safari there. Traveling across three continents, 36 hours of travel each way, with cancer eating away at her, she never let it stop her from enjoying every experience along the way.

Ever the strong matriarch, as her hospice nurses coined her; she rallied the entire family by her side in her final weeks. Surrounded by her husband, son and daughter, her daughter-in-law Lori, and her grandchildren, Bailey, Parker, Beckham, and Brody, she showed the next generation how to live life to the fullest extent.