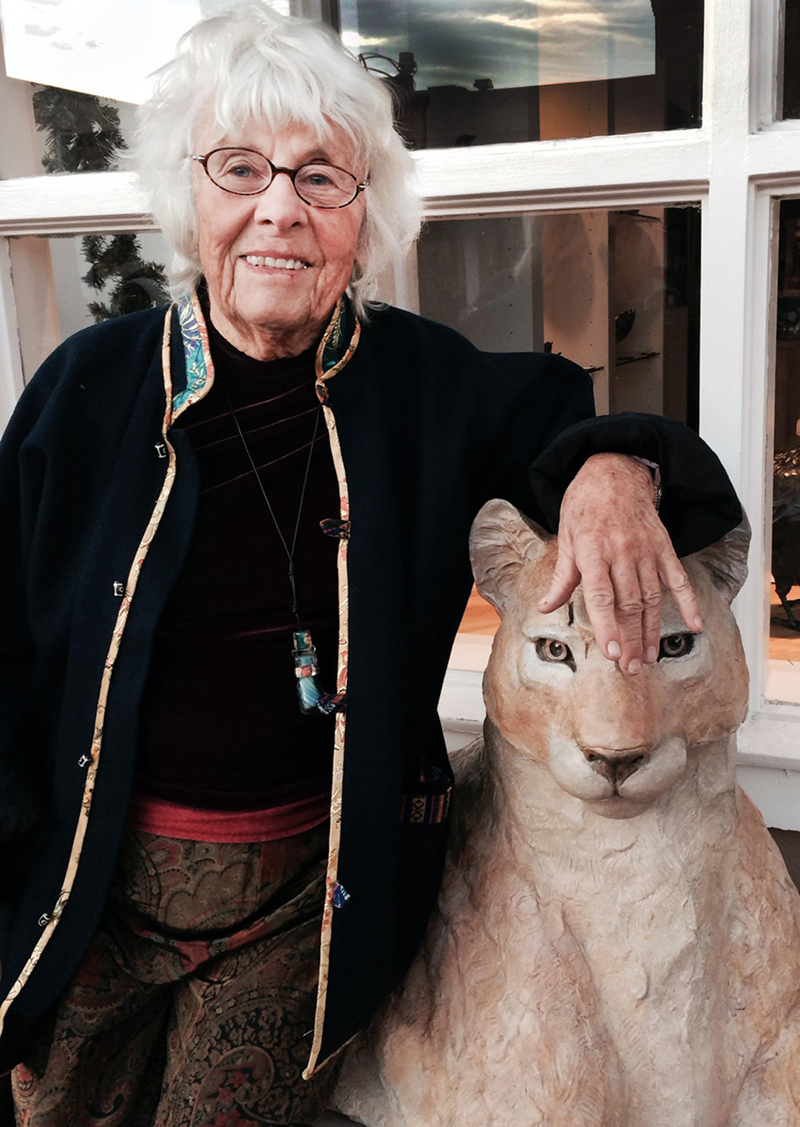 Suzanne Richmond Collins died suddenly in Santa Fe, N.M. on Dec. 19, 2020. ‘Suzy” was born in Paris, France on March 20, 1931. She was predeceased by her parents, Millard and Pauline Richmond of New Harbor; her sister, Joan Lyford and her husband Cabot, also of New Harbor; Suzy’s husband, Thomas Collins of Sedona, Ariz.; and their eldest son, Bradford Collins of Whittier, N.C.

Suzy was a creative and soulful spirit who challenged many conventional norms in the areas of spirituality and philosophy. Possessed with an inquiring mind and deep love of our planet, she shared wisdom teachings garnered from her many years of life experience in India, Tibet, Australia, Europe, and the United States, both as a mother and role model to her four children and to communities wherever she lived.

Having spent the better part of her childhood in Southern California, in 1948 her parents moved to Manhattan, New York City as Suzy entered Stephens Junior College in Missouri, where she received her Bachelor of Arts in fine arts. Upon graduation she returned to New York City, where she worked for Time Inc. as a staff writer. She met Thomas Collins, then a student at Wharton, and they married in 1952. After serving honorably during the Korean War, Thomas began a lengthy career with Proctor and Gamble, first in Cincinnati, Ohio, then in New York City until shortly after the birth of their first child, Brad. They returned to Cincinnati, where their oldest daughter, Tracy, was born in 1958 and their youngest daughter, Jenny, in 1962. That year they moved to a farm in Milford, Ohio, a suburb of Cincinnati, where their youngest son, Geoffrey, was born shortly after.

After Tom’s appointment as general manager of P&G’s German subsidiary in 1970, the family moved first to Germany, where each was tasked with learning German, a challenge Suzy would describe for years to come, then settled in Brussels, Belgium as Tom managed P&G’s staff operations for the European Common Market. Years later Suzy would describe the many vacations the young family enjoyed together in France, Italy, Greece, Switzerland, Kenya, and the Seychelles as some of the happiest years of her life.

Upon return to their Ohio farm (known as Chanticleer) in 1976, Suzy longed to share some of her knowledge garnered overseas in the areas of biodynamic gardening, physical awareness through yoga, meditation, and diet. Combining these fundamentals with teachings from Eastern, Celtic, and Indigenous traditions, she founded and published an alternative newspaper named New Lifestyles, which focused on the awakening of the New Earth with the simple message of thinking locally and acting globally. With her vibrant heart as her compass, and the laws of nature as her guide, through 1996 she would bring New Age teachers from the four corners of the planet to present and nurture shared visions of creating a better world by “starting with ourselves.”

In 1997 she and Tom decided to sell Chanticleer and finance the expansion of Suzy’s ancestral home in New Harbor, which upon Tom’s retirement would become their year-round residence. Always active, Suzy threw herself into community activities, joining the Willing Workers, the Wednesday Walkers, and the Pemaquid Paddlers. She became a passionate watercolorist, wrote poetry with the Pemaquid Poets, and wrote her first book, “Voices of the Past,” a collection of interviews and essays describing the hardships and successes of living and working in Maine in the mid-20th century.

Tom’s death in 2013, followed in quick succession over the next three years by the loss of  Brad, Joan, and Cabot, took its toll on her heart. She found peace and comfort in the loving home of her eldest daughter, Tracy Collins, and her partner, Anthony Carlson, in Tesuque, N.M., just a short drive north of Santa Fe. She would enjoy seven years surrounded by supportive loved ones in the Santa Fe creative communities and summers in her beloved ancestral home in New Harbor with those who embraced her selfless ideals, acceptance of others without judgment, and her unique ways of always living in the present. Exceptionally social and well traveled, Suzy liked to say, “Strangers are just friends you have not met yet.”

Thank you, Suzy, for all that you are and will become. We shall see you in the beauty of all that surrounds, through the laughter and tears, the light of the late afternoon and radiance of the silvery waxing crescent moon. You were and remain each of ours always.

A celebration of Suzy’s life will be held at a later date. In lieu of flowers, please donate to People for the Ethical Treatment of Animals, the Environmental Defense Fund, or your favorite charitable organization.