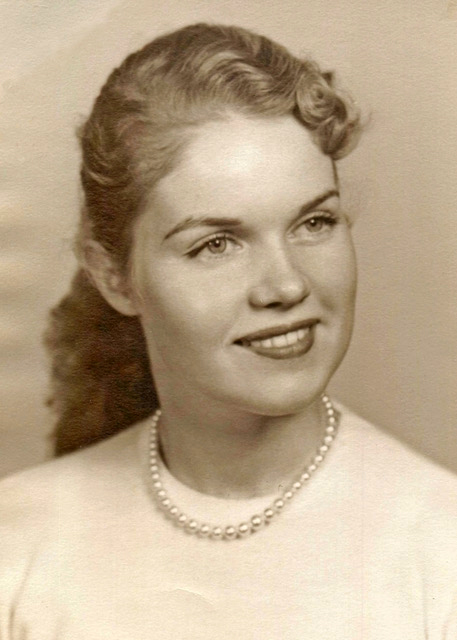 On March 14, 2021, Suzanne Treidler passed away at home with her husband and mini labradoodle (never quite forgiven for not being a golden retriever) at her side.

Suzanne was born on April 7, 1936 at Rockville Center, N.Y. During her childhood, she lived at a different Long Island or Queens address every year of her elementary schooling. Attending a different school each year with no existing friends was difficult for a young child, and affected her for her entire life.

She was the first of her family to attend college, graduating from Adelphi College with a ticket to medical school. Like many of her generation, she chose to get married instead. While at Adelphi on spring break, Suzanne flew to Bermuda and fell in love with the tropics. Unable to work in Bermuda, she and her then-husband got teaching jobs in the U.S. Virgin Islands.

Later they would start a successful boat chartering business. Suzanne was written up in Holiday magazine as the “Casserole Queen of the Caribbean” for her special tuna casserole. This was later a source of embarrassment to her when she wondered what charterers like the Mellons and Scaifes thought of this menu. Governors and senators also sailed with her. The most well known were Illinois Gov. Otto Kerner (whose Kerner Report is now seen as a seminal failure in the path toward racial justice) and Sen. Hubert Humphrey.

Suzanne tired of the charter business with strangers having the run of her house every day. The boat was her home for 16 years. Boat and business were sold, and a new boat for two people only was to be built. This would be Suzanne’s introduction to Maine.

A shipyard in East Boothbay was chosen to build a classic wooden boat designed by L. Francis Herreshoff. A year-long project turned into several years when the boatyard went into bankruptcy, and her half-finished boat was seized by the bank.

For several years, Suzanne and her husband drove from New York to Maine every weekend to work on the boat. Maine was always the highlight of her week. With construction finally completed, Suzanne sailed the boat to the Virgin Islands as navigator in the days before GPS guidance. She resumed teaching there.

After a divorce, Suzanne would meet her new husband, Franz Treidler, at the school where they taught. Suzanne never forgot Maine. She and Franz spent summers in the Midcoast region. In 1979, they rented a camp on the Damariscotta River in Bristol, and would purchase the property before returning to the islands.

Conditions in the Virgin Islands were not always ideal. For example, Suzanne knew 12 people who were murdered there. She and Franz came to the conclusion that if Maine was so nice for three summer months, it must be spectacular for all 12. Winters would not always prove this to be factual, but in 1980 they moved permanently to Maine. Twenty years later, they built their current home on the site of the camp.

Suzanne returned to teaching at Lincoln Academy as a one-year replacement for a teacher on sabbatical. She taught physics and chemistry. When the teacher returned, Suzanne was without a job, and turned to real estate. Her first boss knew she would be a success when on her first day she got a listing after dialing a wrong number. Suzanne worked at a number of agencies, including Newcastle Square Realty, which she would eventually run and own. She was a very successful broker who often finished at or near the top in sales for this region.

After years of hard work, and with little time for herself, she sold the business and retired to the serenity and beauty of the Damariscotta River for the remaining years of her life.

Suzanne will be greatly missed by her husband, dog, and friends.

There will be no services at this time.

In lieu of flowers, donations may be sent to a local animal shelter.