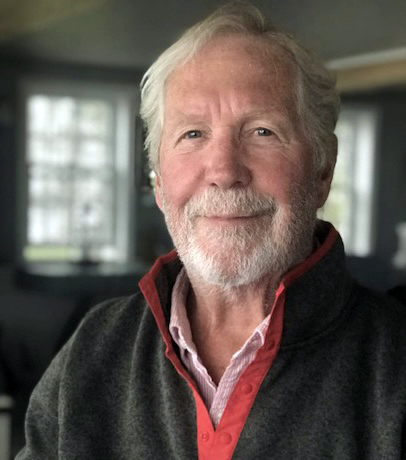 Terrance Lewis Campbell passed away peacefully on Dec. 21, 2021, after battling cancer. Terry (as he was known to his many friends) was born in Bath on Dec. 21, 1942, the son of Harold and Priscilla Campbell. Terry spent his early years in Wiscasset, and graduated from Wiscasset Academy in 1961. He attended the University of Maine at Orono, graduating in 1965 with a degree in civil engineering; and received his master’s degree from Northeastern University in Boston in 1967.

Following his graduation from Northeastern, Terry received a commission as a Lieutenant Junior Grade officer in the United States Public Health Service. He was stationed in Atlanta, and spent two years working in the USPHS Safe Drinking Water Program, concentrating on Water Supply and Sea Resources. After his stint with the Public Health Service, and during the creation of the U.S. Environmental Protection Agency (EPA), Terry accepted employment at Dow Chemical Company, working on issues caused in the Great Lakes by phosphorus from wastewater treatment plants.

Terry later turned his skills from engineering to selling wastewater treatment systems, and forged a successful career working for a variety of companies, including Union Carbide, Metcalf & Eddy, Woodard and Curran, and Stearns & Wheler. In 2007, then-Governor John Baldacci appointed Terry to the New England Interstate Water Pollution Control Commission (NEIWPCC) as one of the Commissioners from Maine, a post he held for six years.

Terry was a lifetime member of several environmental organizations, including the Water Environment Foundation (WEF) and the New England Water Environment Association (NEWEA). In 2010 NEWEA recognized his contributions by presenting him with the 2009 Clair N. Sawyer Award for outstanding service to the wastewater industry. This award was especially meaningful to Terry. Not only had he used Dr. Sawyer’s textbook when he was a student at UMO, when he was involved in the EPA’s Technology Transfer program while at Dow Chemical, he had the opportunity to speak at a conference with Dr. Sawyer.

Terry was also a charter member of the 5S Society (the Select Society of Sanitary Sludge Shovelers), and always made sure to wear his shovel pin at wastewater conferences and meetings (although he was sometimes heard to tell people that he wore the shovel because he was a grave digger).

Although Terry attended hundreds – perhaps even thousands – of conferences and conventions over the years, he had a special place in his heart for the Maine WasteWater Control Association’s 1999 convention, held at Sugarloaf. Terry was there to see his friend and mentor, Frank Woodard, receive an award. While having dinner alone the evening before the award presentation, he was invited to join a group of other convention attendees. He found himself sitting next to the woman who would later become his second wife – or, as he so loved to tell people later, they “met at a poop show”. That chance meeting led to several emails, which led to a first date hike on Monhegan Island, which led to twenty-two years of love, laughter, and hikes in so many wonderful places around Maine.

Terry loved building Legos. He loved taking photographs of Maine wildflowers, as well as all the flowers at the Coastal Maine Botanical Gardens in East Boothbay. He loved Maine, and he especially loved spending time on Isle au Haut. And he loved – and was loved by – his many friends.

Terry was predeceased by his parents, and by his brother Leigh, who passed away in 2020. He is survived by his beloved wife and hiking companion, Anne Wright of Belgrade, Maine.