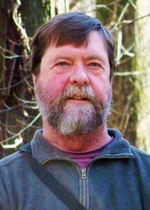 Terry grew up in Buckhannon, W.Va. with his five brothers and sisters, graduating from high school in 1977. He began working in construction at age 13, fished many trout streams, traversed the county on his dirt bike, and played guitar in a band. He studied architectural drafting at Boston Technical Institute, then returned home to help with family obligations.

Terry moved to Morgantown, W.Va. at age 20, where he overcame cancer. Staying on there, he worked in architecture and construction. He married Lara Mellinger in 1985 and moved to Prince Frederick, Md., where they welcomed their beloved son, Jesse in 1995.

Terry enjoyed a fulfilling career as a highly sought-after construction consultant on multi-million dollar projects. He oversaw the construction of complex new and the restoration of large historic properties in Virginia, Washington, D.C., and the Baltimore area. Among his favorite projects were the historic restoration of John D. Rockefeller’s grand 15-story, 1922 Standard Oil Building, his creative work on the Chesapeake Bay Foundation’s new, green headquarters in Annapolis, installing the third automated parking garage in the country, and renovating Baltimore Gas & Electric’s city block and buildings.

Terry loved living and rock-fishing on the Chesapeake Bay with family and friends. He found great joy in finding quiet ways to provide for the unspoken needs of others without being discovered, a passion he shared with his son. He was also enriched by teaching a few wayward teens how to play the guitar, mentoring them along the way. He remembered each of these fondly.

Terry and his family summered in Maine, moving to New Harbor in 2007. He continued his career along the eastern seaboard from there.

Along with his parents, Terry was predeceased by his brothers, Gary and Kevin Cogar.

He is survived by his wife and son; sisters, Teresa and Diane; his dear friend, Jimmy Benner; and many cousins, nieces and nephews, including Tammy and KJ Woody.

At his request, Terry will be laid to rest privately at a later date.

In lieu of flowers, it would bring that twinkle to his eye if friends were to continue his tradition of quiet acts of random kindness.

Arrangements are under the direction and care of the Strong-Hancock Funeral Home in Damariscotta. Condolences, and messages for his family, may be expressed by visiting StrongHancock.com.