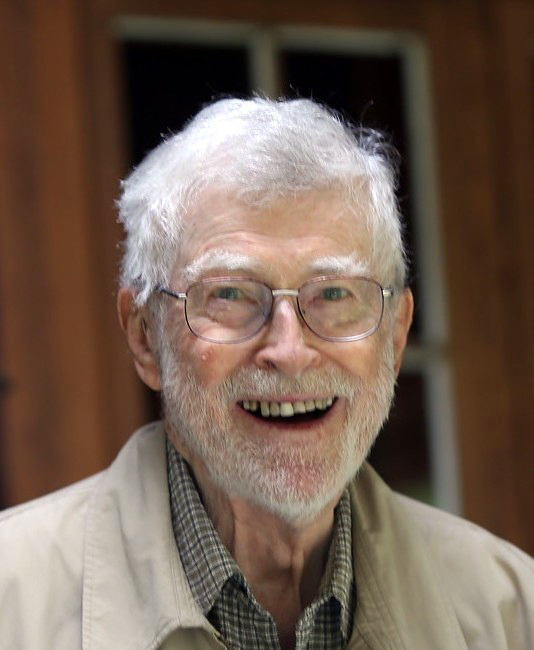 Chuck worked as Harvard/Radcliffe chaplin and director of communications for Cambridge Forum through the First Parish in Cambridge, Mass. (1978-79). In 1979, he was called to the Winchester Unitarian Society, Mass., and 13 years later was named Minister Emeritus on his retirement in 1992.

After a two year “retirement” break, he resumed his ministry at South Church in Portsmouth, N.H. (1995-97) along with helping to grow his local Sheepscot Community Church until he moved West in 2014.

Chuck lived a good long life, enjoying his time on both the East and West coasts. He had a keen ear and appreciation for classical and jazz music often incorporating this passion in his ministry. He was a lifelong learner and conversationalist, enjoying good coffee, boats, woodworking, photography, walks, travel and beer up until the very end. Those who knew Chuck will remember a deeply kind and engaging man with a resonant voice, a rich laugh, and a strong, warm presence.

At his death, Chuck, was surrounded with love by his large family near and far. Survived by his wife Eunice – with whom he shared the last four wonderful years, his six children, 13 grandchildren and three great-grandchildren. He was a loving and caring husband and father. He will be deeply missed.

A private memorial celebration will be held at Cascade Manor, 65 W. 30th Ave., Eugene, OR 97405 at 10 a.m. Saturday, Sept. 4, with a family burial at the Eugene Masonic Cemetery at a later date.

Arrangements entrusted to Musgrove Family Mortuary. Please access the obituary and you are invited to sign the guestbook at musgroves.com.