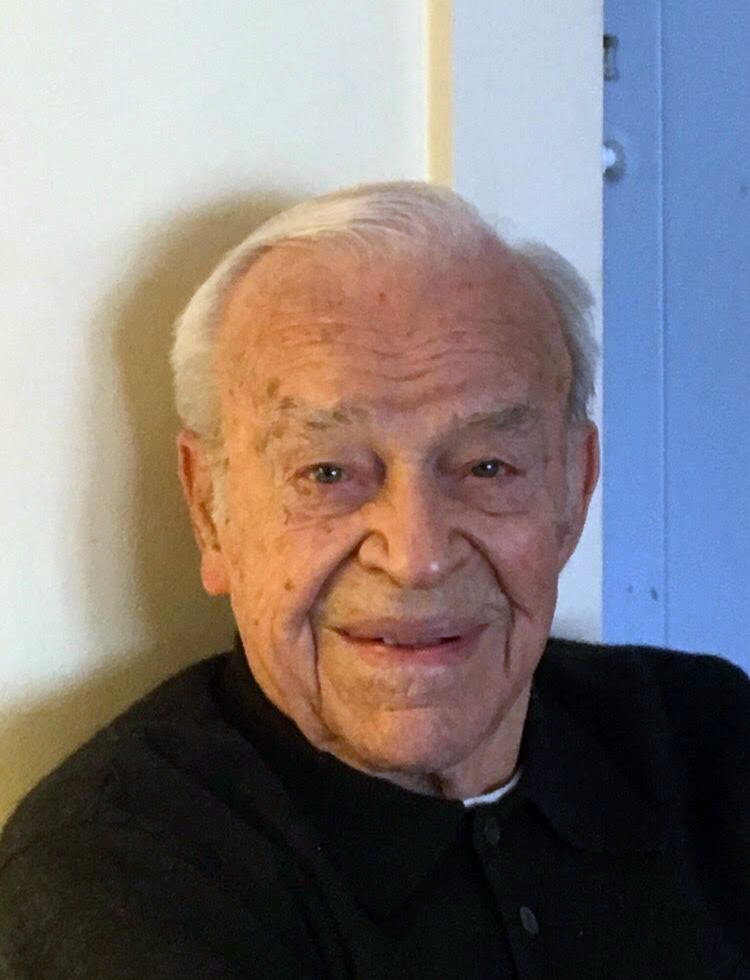 Theodore (“Ted”) Casimer Pomianek, 95, passed away on June 13, 2019 at the Lincoln Home in Newcastle with his family by his side.

Ted was born on Jan. 1, 1924 in Wilkes-Barre, Penn., son of Anthony and Catherine Pomianek. Ted attended local schools and graduated from Hanover High School. He joined the U.S. Marines and served during World War II in the 1st Marine Division, South Pacific Guadalcanal, New Britain and Peleilu from 1941 to 1945. He was given the Purple Heart and achieved the rank of Corporal. After the war he attended Bucknell University on the GI Bill and then went on to Seton Hall Law School. He had a career with the IRS and as an estate attorney.

Ted loved his time outside tending his vegetable and flower gardens and taking care of the yard. He was an avid sports fan and never missed a Monday night football game. He enjoyed traveling throughout the United States and abroad with his wife Charlotte. Favorite times were those spent with family and friends, having cookouts along the Millstone River in New Jersey, at their farm in Pennsylvania, and the lake house in Maine. Ted loved his country and was honored to serve and support it throughout his life.

He loved making new friends and was genuinely interested in everyone he came across. He was a kind and generous man and put a smile on everyone’s face.

He was a member of the New Jersey Bar Association, Elks Club, and Immaculate Conception Church in Clinton, N.J., and attended St. Patrick Church, Newcastle.

He is survived by his beloved wife, Charlotte Pomianek of Clinton, N.J. and Newcastle; sister, Florence Kingsland of Maryville, Ohio; daughter, Cynthia Ann Sabina and husband Rendon of Newcastle; as well as many nieces, nephews and several great-nieces and great-nephews.

In lieu of flowers, donations may be made in Ted’s name to the Disabled American Veterans, ME VETS Home, 310 Cony Road, Augusta, ME 04330.

Condolences may be shared with the family at hallfuneralhomes.com. Arrangements are entrusted to Hall’s of Waldoboro.