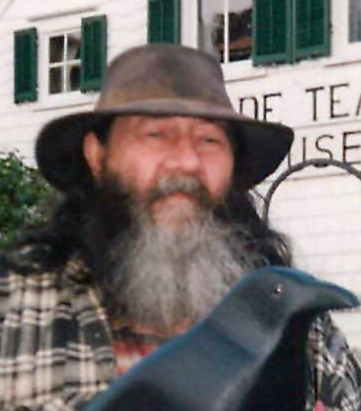 Theodore “Ted” Livingston Anderson, 84, of Newcastle, passed away on the morning of Nov. 16 at his home. Born in Cundys Harbor on July 20, 1932, he was the son of Theodore and Althea (Alexander) Anderson.

Ted grew up in Cundys Harbor and Phippsburg, and attended the Sebasco Village School and Brunswick High School. After high school, he enlisted in the U.S. Army where he served honorably during the Korean Conflict.

During his life he worked some carpentry, went lobstering, dug for both clams and mussels, and worked in boat building for a time, just to name a few. He was always interested in handcrafts, and most of his life was spent carving birds which he sold to the public for many years. Not only was wood carving his profession, it was also his biggest hobby and passion.

He will be remembered by his family and friends as a unique and generous character, who had a strong religious faith.

Besides his parents, he was predeceased by his wife, Valada in 2007.

He is survived by sons, Lester Anderson and wife Susan, and Joe Anderson and wife Brenda; step-children, Warren Alexander, Maria Bailey, Donald Genthner, and Susan Genthner; siblings, Virgil Anderson, Ken Gomez, Kay Kehew, Iva Mathews, and Amber Pinkham; several grandchildren, including Marisha Spear whom he thought the world of; as well as many cousins, including special cousin Gary Anderson, whom he spent a lot of time with growing up.