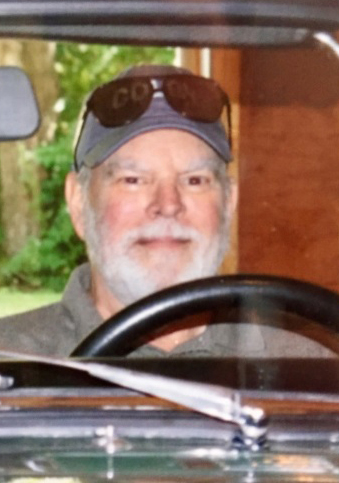 Theodore Van “Tod” Brown, 75, of Warren, died Dec. 16 at the Sussman House in Rockport with his wife and daughters at his side.

He was born Oct. 2, 1941, in New York City, the son of John Albert Brown and Kathryn Van Gils Brown. He grew up in northern Westchester County, N.Y., and attended schools there. His maternal grandfather, Isaac Van Gils, a Dutch immigrant, fostered his early love of science, especially physics and astronomy. He graduated as salutatorian from Pawling (N.Y.) High School in 1959.

He received bachelor’s and master’s degrees in physics from the State University of New York at Albany (now the University at Albany). Later, during his 33-year teaching career at Arlington High School, Lagrangeville, N.Y., he earned a master’s degree in computer education from Iona College, New Rochelle, N.Y. He was the first teacher at Arlington to use computers in the classroom and served several years as science department coordinator before his retirement in 1998. While at Arlington, he taught more than a dozen students who went on to earn doctoral degrees in physics and many more who became engineers. He also taught at several community colleges in the mid-Hudson area.

He married Merrilee Goldsmith July 8, 1967, in Nyack, N.Y. The family lived 30 years in Hyde Park, N.Y. After spending many summers in Maine as vacationers and then second-home owners, they moved to Warren in 1999. He continued to teach computer science at two University of Maine sites and several science courses at three area high schools. He then served 11 years on the RSU 40/MSAD 40 board of education.

He was a volunteer driver for Meals on Wheels in Waldoboro (the program administered through Spectrum Generations in Damariscotta) during most of the past 17 years. His other interests included woodworking, genealogy and automobiles. He was the original owner of a 1967 Sunbeam Tiger, a British sportscar, and was a member of several related clubs and organizations. During the last few years he edited the newsletter of Tigers East/Alpines East. The car, purchased in October 1966, served as a vehicle for lasting friendships with fellow Sunbeam owners. Proceeds from the sale of the car will be used to fund a scholarship for Medomak Valley High School students pursuing a degree in science, technology or a related field.

A memorial service was held Dec. 22 at the Episcopal Church of St. John Baptist, Thomaston.

To share a memory or story with Tod’s family, please visit his Book of Memories at www.bchfh.com.