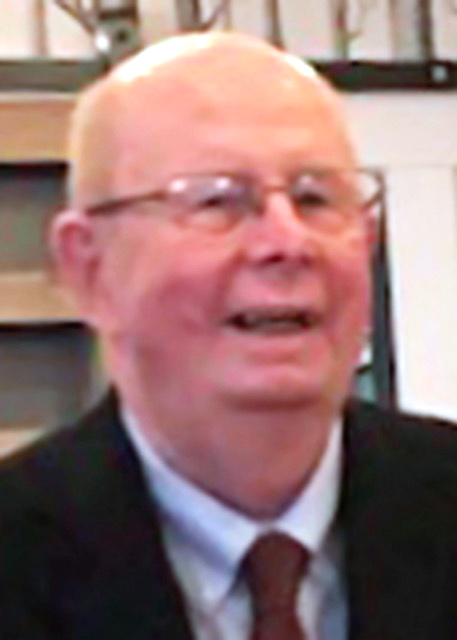 Thomas Broughton Rogers of Bristol, Maine, passed away at his home on October 3, 2018, surrounded by his family and under Hospice care.  He was the only child of Thomas and Helen Rogers, and is survived by his wife of 56 years, Mary (Holihan).

Tom grew up in Brooklyn, New York, as part of a large extended family. He attended Catholic schools and was a proud graduate of Villanova University. After his family, Tom’s greatest love was for Villanova basketball and thanks to his “Lucky Red Socks,” he lived to see them win three National Championships.

Tom worked in Commercial Insurance in the New York, Tennessee, Ohio, and Massachusetts areas and served as Chairman of the Inland Marine Association from 1994 to 1996 before retiring to Maine.

Visitation will be Friday, October 12th from 5-7pm at the Strong-Hancock Funeral Home, 612 Main Street, Damariscotta ME. Tom’s Funeral Mass will be held at St. Patrick Church, in Newcastle, ME, on Saturday, October 13th at 10 am, with a reception to follow at the church.  In lieu of flowers the family asks for donations to Old Church Fund, Saint Patrick Church, P.O. Box 598, 380 Academy Hill Road, Newcastle, ME 04543.

The family would like to thank Dr. Benton’s team at New England Cancer Specialists, especially Teresa Sirois, for their loving care over the past two and one half years. They would also like to thank Marianthé Andrews, his Hospice Nurse.

Arrangements are under the direction and care of the Strong-Hancock Funeral Home, 612 Main Street, Damariscotta, ME 04543.  Condolences, and messages for his family, may be expressed by visiting: www.StrongHancock.com.