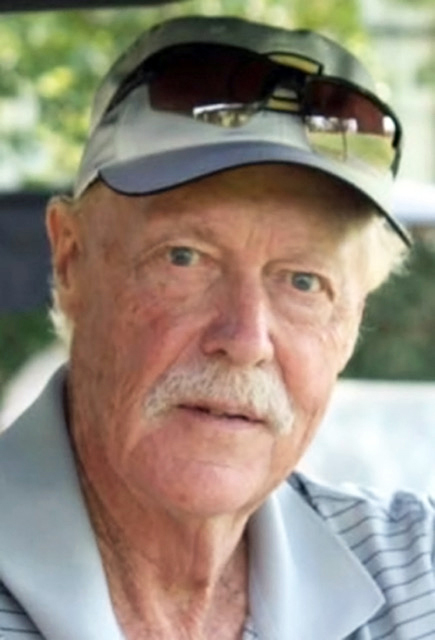 Thomas Edward Wright Sr., 77, of Nobleboro, finally crossed home plate on the evening of Jan. 22, 2020 at the Sussman House in Rockport after a long, courageous battle with cancer, held close in the arms of the family that loved him so much.

Tom was born on Sept. 15, 1942 at Miles Memorial Hospital, the son of E. Sheldon Wright and Marion Johnston, proprietors of the former Wright Store in Newcastle. A gifted athlete, “Tommy” spent his childhood outdoors skiing, hunting, running track, and playing baseball. He attended Lincoln Academy, graduating in the class of 1960 and briefly attending college at Southern Maine University in Portland.

Throughout life, Tom exhibited a tenaciousness (some would say “extreme stubbornness”) in all endeavors, especially in baseball. He loved to tell the story of the time in high school when, due to a teammate’s injury, he pitched an entire doubleheader just before competing in the state track finals for javelin. His victory on the mound came at a price, though, and his subsequent performance with a dead arm helped cost Lincoln the state championship the next day.

Tom loved his Boston Red Sox, voraciously consuming any news he could find about yesterday’s game. As a boy, he kept a detailed dossier on each player, populated by cartoon profiles he had cut out from the Globe. In high school, he and his cousin Donnie would ride the train down to Boston to take in games at Fenway. His own skill on the field would later earn him the opportunity to be scouted by the Orioles, Pirates, and yes, the Sox. The way he told the story, unfortunately, there just wasn’t a market at the time for tall, skinny outfielders who didn’t hit too many home runs. While destiny had other plans for him, he always knew that he could have made it in the big leagues.

As an adult, Tom worked locally in sales and then carpentry before taking over his parents’ store at the foot of Academy Hill. There, his easy, outgoing personality turned customers into friends, and he joined a motley crew of buddies as player/sponsor of the Wright Store softball team. After closing the store in the mid-90s, Tom and his wife Barb opened a successful sports apparel company that supplied a number of large customers around the region.

It was Barb who acted as his anchor in all things in life, tempering his impulses and broadening his horizons. Over their four decades of love, they rarely spent a day apart. Having first seen her working as a bank teller in Waldoboro, Tom set out to win her heart with the persistence that was his trademark. If she was working the window, he would use the drive-thru. If she was working the front, he would stand in the longer line just for a chance to talk to her. Hard work paid off, and they eventually married.

They bought a small piece of land on Damariscotta Lake in Nobleboro. The home he built there would become the focal point for family and neighbors alike looking for friendly company, laughter, and perhaps a breakfast time “muffin cruise” on the lake. Their children and eventually grandchildren came to see the house as a respite away from the world, where happy hour always started promptly at 5 on the back deck among a succession of pet huskies and cats that Tom adored. By then, both Tom and Barb had taken up golf, a habit (more like “addiction”) that they passed on to a granddaughter whose burgeoning amateur career Tom took immense pride in. Though family was scattered far and wide, he was always happy to hear from and spend time with his children and grandchildren.

After the cancer diagnosis, Tom was once again determined to fight on against the odds. Supported by his family and a world-class team of professionals at the Dana Farber Cancer Institute in Boston, he battled on for more than two years with his trademark sense of humor and tenaciousness. On the night he passed, he joined in one last happy hour with his loved ones surrounding him. He simply wouldn’t have had it any other way.

A visitation with the family will be held from 4-6 p.m. on Fri., Jan. 31 at the Strong-Hancock Funeral Home in Damariscotta. A funeral for Tom will be held at 11 a.m., Sat., Feb. 1, also at the funeral home.

In lieu of flowers, donations in Tom’s memory may be made to the Sussman House hospice center in Rockport via the PenBay Waldo Healthcare Foundation (https://bit.ly/36oKtzT); or to the In Memory of Tom Wright Fund (https://bit.ly/38HG252) for colorectal cancer research at the Dana Farber Cancer Institute, two institutions that provided Tom and his family so much comfort in their time of need.